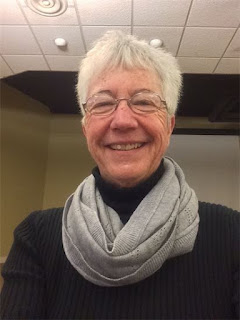 No, I am not channeling some of Jane Austen. I’m leaving out “sensibility.” We know why we are here. From this poet’s view, I want to share the importance of those three words to a writer.


Let’s start with the definitions (from Webster’s New World Dictionary )and then expand the meanings for the composition of poetry.

We all agree that artists have a special “sense” when it comes to capturing the presence or essence of their craft. Think de Vinci and his “Mona Lisa.” Think Walt Whitman and his tome, Leaves of Grass. It is this sense that is the underlying driver for language that becomes the heart of poetry. In other columns, I have touched on aspects of sense, but this column is offering attention to differing uses of the root word, “sense.” Poetry draws upon the expansion of sense to give reason to what we observe or feel. In her poem, “Scraps,” Louise Glück has these lines which portray sense very well: “… I saw / Myself at seven learning / Distance at my mother’s knee…” The discovery by the child is her sense of her future.


Sentiment: a complex combination of feelings and opinions as a basis for action or judgment; general emotionalized attitude (i.e. patriotism); a thought, opinion, or attitude, usually a result of deliberation, but often colored with emotion; delicacy of feeling; appeal to the emotions in literature or art. For example, think of all the poetry by the Brownings. They called that era of writing and culture the Romantic era, for a reason. Here is the famous first line from Elizabeth Barrett Browning: “How do I love thee? Let me count the ways.” In contemporary American poetry, we read the very strong patriotism of Walt Whitman. He makes no attempt to hide his sentiment about America. I urge you to read his poem, “Salut au Monde!” Then read “I,Too” by Langston Hughes. This poem is the definition of “sentiment.”


Sentimentality: character, condition, or quality of being sentimental. With sentimental meaning having or showing tenderness, emotion, delicate feeling, etc. as in music or poetry. So let’s focus on poetry here. In the Romantic period, poets such as William Blake, William Wordsworth, and Mary Robinson, spent much of their writing energy on exultations of the human spirit. Poems dedicated to the seasons and many devoted to religion and innocence were frequently published.

Strict poetic forms were the norm along with antiquated language (by today’s standards).


We don’t so much write like that now, but I would draw you to the poetry of Charlotte Matthews and her book, Green Stars. I love these lines: “ the soul is like a trust, / like a cloud whose shape of angel or not, / is exactly what we need to be. //

Keep writing… with sense and sentiment
Sara M. Robinson, founder of the Lonesome Mountain Pro(s)e Writers’ Workshop, and former Instructor of a course on Contemporary American Poets at UVA-OLLI, was poetry columnist for Southern Writers Magazine and inagural poetry editor for Virginia Literary Journal. She has served as guest lecturer at UVA’s College at Wise, Wise, VA. Her poetry has appeared in various anthologies, including We Grew Wings and Flew (2014), Scratching Against the Fabric (2015), Virginia Writer’s Club Centennial Anthology (2017), Blue Ridge Anthologies and Mizmor Anthology (2018). Journals include: Loch Raven Review, The Virginia Literary Journal, vox poetica, Jimson Weed, Whisky Advocate, and Poetica. She is poet and author of Love Always, Hobby and Jessie (2009), Two Little Girls in a Wading Pool (2012), A Cruise in Rare Waters (2013 Stones for Words (2014), Sometimes the Little Town (2016), a finalist for the Poetry Society of Virginia’s 2017 Book Award. In 2019, Needville, her poetry about effects of coal mining on SW Virginia was released and in 2020 debuted as play in Charlottesville. Her most recent publication is Simple River (2020, Cyberwit).