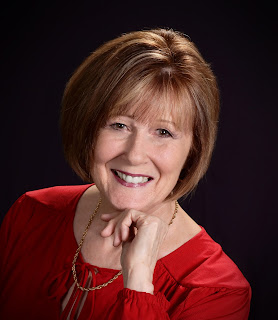 When I turned in the manuscript for Deception, one of the comments my editor made was: Deception is the perfect title for this one. No one is who they seem to be.

Knowing it was the last book in the Natchez Trace Park Rangers series made writing it bittersweet. I really didn’t want to leave Natchez behind. I have grown to love the town with beautiful old mansions and sweet people. And the Trace. I’ll miss the Spanish moss hanging like wisps of lace from three-hundred-year-old trees, and the original sections of the Trace where so many trod hundreds of years ago as they made their way from Natchez to Nashville.

And the food. My characters ate at places like Fat Mama’s Tamales, Jughead’s, Mammy’s Cupboard, The Camp Restaurant, The Grand, Kings Tavern…they’re all real and if you’re ever in Natchez, be sure to eat at one of them.

When I started the story, I knew I wanted an ISB ranger as the heroine. In case you don’t know, ISB stands for Investigative Services Branch—they are the FBI of the National Park Service. There are only thirty-three of them, and they don’t have the fancy equipment that the FBI does. But they do have the advantage of working a case from beginning to end, usually all by themselves.

ISB Ranger Madison Thorn is unusual in that she investigates white-collar crime, but that wasn’t the case when I started the book. She was a tough, violent crimes investigator, and I intended her to keep on doing that. However, by the end of the first chapter, it all changed when the FBI agent she’d fallen in love with went rogue and tried to kill her. That was a total surprise.

When I tell people that, they usually look at me like I’m crazy, and say something like, “But you’re the author—you tell your characters what to do.” Ha! Maybe some authors can get away with that, but not this one. If I try to make my characters do something they don’t want to do, they quit talking to me. And if your character won’t talk to you, you don’t have a story. So, I tend to listen to my characters and go along with what they want. It makes writing the book so much easier.

And then there was Clayton Bradshaw, a swoon-worthy hero. Madison had it in her head that he had bullied her when she was a child visiting her grandfather, and no amount of me telling her otherwise did any good. So, I had to figure a way out of that because my hero couldn’t ever be a bully, even as a child. You’ll have to read the book to find out how I resolved that one.

Besides, Clayton had enough problems without being labeled at bully. He was a recovering gambler, and very short on patience. Plus, it was very hard on him when Madison refused to let him protect her. Her I-can-take-care-of-myself attitude drove him up the wall, especially since she had someone trying to kill her.

I did a lot of research for the Natchez books. Like looking for places to hide bodies. Once, I stopped at the ranger station at Mount Locust to ask the ranger on duty if there was a way to get to the backside of Mount Locust. You see, I’d found the perfect place to put a body, but I didn’t know how to get it there. It was simple, he said, and I did as he told me, then looked for the road he’d told me to take to get back on the Trace…never did find that road. The one I was on turned from a gravel to sand to dirt. Oh, and did I tell you was one lane?

Ten miles later (it could’ve been five and just seemed like ten) on that one-lane road with bayous and alligators and creepy Spanish Moss with nowhere to turn around, I’m asking myself if I’m crazy. Here I am, a lone woman without a gun on a dirt road that didn’t seem to be going anywhere—is it any wonder that I heard the banjos from the movie Deliverance playing? I did finally find a place to turn around. And I found the road I was supposed to turn on—a quarter of a mile from the Trace.

Like I said at the beginning, I’ll miss my wonderful times in Natchez and my adventures on the Natchez Trace. Writing Deception, Book Four in the Natchez Trace Park Rangers series was fun to write. I can’t say that about every book.

Patricia Bradley: I’ve been writing since I was thirty-five, and I won’t tell you how long ago that was. I will tell you that Woman’s World published the very first fiction I ever wrote. But that was a God-thing, because, by all rights, the editor should have stuffed the story into the SASE and mailed it back to me since I’d sent her 4,500 words when the limit was 2,500. After that I was certain I would have a novel published within the year. Not. It was many years of studying the craft of writing before that happened. But it did happen back in 2014. Since then, I’ve written fifteen books and three stories for anthologies, two that debuted on the USA Today Best Seller List. I thank God every day for letting me live my dream.

I live in Northeast Mississippi with my two rescue kitties, and when I have time, I like to throw mud on a wheel and see what happens. 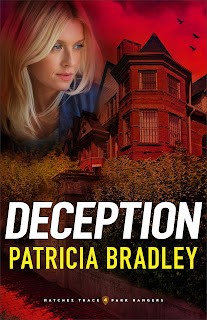 Patricia Bradley is the author of Standoff, Obsession, and Crosshairs, as well as the Memphis Cold Case novels and Logan Point series. Bradley won an Inspirational Reader’s
Choice Award in Romantic Suspense, a Daphne du Maurier Award, and a Touched by Love Award; she was a Carol Award finalist; and three of her books were included in anthologies
that debuted on the USA Today bestseller list. She is cofounder of Aiming for Healthy Families, Inc., and she is a member of American Christian Fiction Writers and Sisters in Crime. Bradley makes her home in Mississippi.
Learn more at www.PTBradley.com.