The Mystery? Which of These Three Would You Choose?

See if you agree with the
Amazon Editors' Picks: Best Mystery, Thriller & Suspense.
Here are the first three books out of the fifteen they chose. 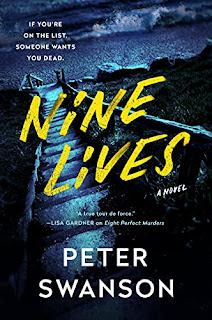 Nine Lives by Peter Swanson: Nine strangers receive a list with their names on it in the mail. Nothing else, just a list of names on a single sheet of paper. None of the nine people know or have ever met the others on the list. They dismiss it as junk mail, a fluke—until very, very bad things begin happening to people on the list.

First, a well-liked old man is drowned on a beach in the small town of Kennewick, Maine. Then, a father is shot in the back while running through his quiet neighborhood in suburban Massachusetts. A frightening pattern is emerging, but what do these nine people have in common? Their professions range from oncology nurse to aspiring actor, and they’re located all over the country. So why are they all on the list, and who sent it?

FBI agent Jessica Winslow, who is on the list herself, is determined to find out. Could there be some dark secret that binds them all together? Or is this the work of a murderous madman? As the mysterious sender stalks these nine strangers, they find themselves constantly looking over their shoulders, wondering who will be crossed off next… 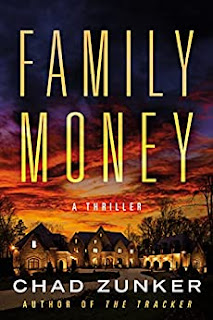 Family Money by Chad Zunker: A dead man’s secrets put a family in peril in a twisting novel of suspense by the Amazon Charts bestselling author of the David Adams series.

Alex Mahan is married to his high school sweetheart, Taylor. They have two daughters and a beautiful home, and Alex’s startup business is about to explode thanks to massive private funding from his compassionate and supportive father-in-law, Joe. With millions more to come, all is perfect—until Joe is abducted and murdered during a family trip in Mexico.

Alex’s world is about to be turned upside down. He can’t bear to tell his grieving wife why. The man they’ve both idolized has been keeping secrets. The pledged millions are nowhere to be found. The source of the original investment is a mystery, even to Joe’s financial adviser. No one, it seems, has any idea who the man they knew, loved, and trusted really was.

As Alex digs deeper into Joe’s shadowy life, the most shocking surprises are yet to come. Deadly ones, too, because every lie that Alex uncovers in Joe’s dark past puts his family in more danger. 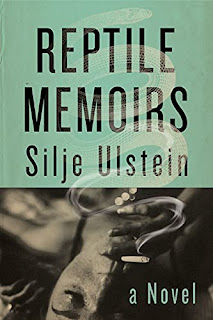 Liv has a lot of secrets. For her, home is the picturesque town of Ålesund, perched on a fjord in western Norway. One night, in the early-morning embers of a great party in the basement apartment she shares with two friends, Liv is watching TV, high on weed, and sees a python on an Australian nature show. She becomes obsessed with the idea of buying a snake as a pet. Soon Nero, the baby Burmese python, becomes the apartment's fourth roommate. As Liv bonds with Nero, she feels extremely protective, like a caring mother, and she is struck by a desire that surprises her with its intensity. Finally she is safe.

Thirteen years later, in the nearby town of Kristiansund, Mariam Lind goes on a shopping trip with her eleven-year-old daughter, Iben, who angers her mother by asking for a magazine one too many times. Mariam storms off, leaving Iben in the shop and, expecting her young daughter to find her own way home, heads off on a long calming drive. When she returns home in the evening, her husband is relieved to see her but terrified that Iben isn't also there. Detective Roe Olsvik is assigned to the case of Iben's disappearance; he has just turned sixty and is new to the Kristiansund police department. As he interrogates Mariam, he instantly suspects her—but there is much more to this case and these characters than their outer appearances would suggest.

A biting and constantly shifting tale of family secrets, rebirth, and the legacy of trauma, Reptile Memoirs is a brilliant exploration of the cold-bloodedness of humanity, and the struggle to mend broken lives and families.
Which of these three would you choose to read?
To see Amazons Editors' Picks click here.

Email ThisBlogThis!Share to TwitterShare to FacebookShare to Pinterest
Labels: The Mystery? Which of These Three Would You Choose?