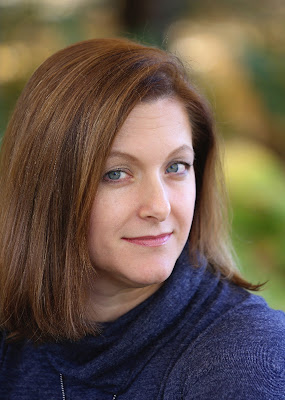 I’ve been telling myself stories for as long as I can remember. I would go to bed and instead of falling asleep, I spun fantastic adventures where I was the heroine. No matter what role I cast myself in I was always smart, beautiful, popular, and brave. Sometimes I was a princess. Sometimes I was a maid. Sometimes I was a scholar. But most of the time I was a spy.


There was one long-running mental adventure where I was the leader of a group of teenage spies. I spoke multiple languages, had a black belt in karate, and was sent undercover to do everything from thwarting nuclear attacks (hey, it was the 80s!) to rescuing hostages. Since I was a teenager, I still had to go to school, but only a select few knew that the girl sitting next to them in Chemistry or Geometry might be called upon at any moment to, quite literally, save the world.


While my internal story-telling drive was strong, the idea of writing those stories down never occurred to me. I didn’t have any desire to write unless it was necessary for an assignment.


I went on to college and studied Chemical Engineering where the only writing I did was for lab reports and technical documents. I graduated, married, and started my career. And through all of this, the stories in my head never went away. They had altered as I matured, but the idea of special agents and intrigue remained a regular thread.


Then one day I was reading an article about an author that I enjoy, and she made the statement that “she’d told herself stories for years” and her writing was the natural outcome. And I thought about my own stories, and about the thousands of books I’d read over the years, and wondered how hard could it really be to write a book out of one of my stories?


Looking back, I believe God was protecting me because if I’d had any idea just how hard it would be, I might not have ever given it a go. As it was, when I sat down on a Sunday evening in March 2009 and began to put the story on paper, I realized after just a few paragraphs that I had no idea how to format dialogue and had to grab a book from my shelf to see how to do it!


Six months later I had a 110,000-word novel. That novel, incidentally, has never been published, but it was the first step toward a writing career that I, even with my wildly active imagination, had never dreamed of.


I sold my first book in 2014 and have been privileged to continue to write and publish since then. It’s no surprise to me that my stories involve brave, smart, heroines who have a tight group of friends around them. It’s also no shock that despite my best efforts (really, I tried!) to write romance without suspense, inevitably my characters would insist on being undercover agents. I stopped fighting it and dove into the romantic suspense genre with joy.


That first book I wrote in 2009 was so easy to write. I had no expectations, no plans for publication, no deadlines. These days my writing experience has a different flavor. There are many days when it is hard work. There are deadlines and genre expectations to be met, there are readers to satisfy and publishers to please. But there are also days when my fingers can’t type fast enough to keep up with the flow of the story in my head, when words are pouring out of me, and the entire process is pure delight.


I’ve found that I need to take in a lot of information about whatever topic I’m writing about, because my brain will use it at some point in the creative process. One of the ways I’ve done that with my current series is that I listen to a podcast from the U.S. Secret Service. That podcast is where I first learned about ransomware, which is an integral component to the suspense plot of my latest book, Malicious Intent.


Ransomware is a malicious software that is used to block access to computers systems until a ransom is paid. Once paid, the “bad actors” who launched the ransomware attack will provide a code that allows the company to access their system again. It’s a huge issue in the United States and around the world and is one that both the U.S. Secret Service and FBI spend countless hours investigating. 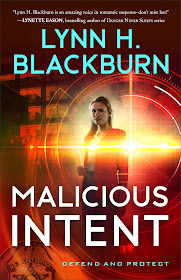 In Malicious Intent, Dr. Ivy Collins, founder and CEO of Hedera, Inc., is ready to begin clinical trials of her company's cutting-edge prosthetic. Her work has been heralded by government, medical, and advocacy groups and everyone hopes the device will be a success. But someone is determined to destroy her business and her life’s work. Which is where U.S. Secret Service Special Agent Gil Dixon comes in. Gil and Ivy were childhood best friends and they’ve only recently been reunited. Now that Gil has found Ivy again, he intends to spend the rest of his life with her. But it will take all his skill to uncover the truth in time to save Ivy's life's work, her own life, and the innocent lives caught in the crossfire.


Malicious Intent has everything my teenage self would have loved. A smart, brave, beautiful heroine. A strong, intelligent, handsome hero (who can cook!). A group of friends who have their back. Danger at every turn. And a happily ever guaranteed.


My adult self is amazed that she gets to turn the stories in her head into books. She is blessed. 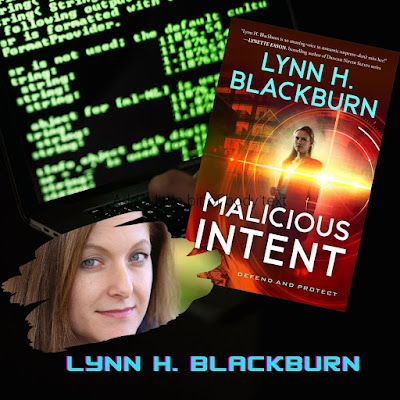 Lynn H. Blackburn is the award-winning author of Unknown Threat and the DiveTeam Investigations series. She believes in the power of stories, especially those that
remind us that true love exists, a gift from the Truest Love. Blackburn is passionate
about CrossFit, coffee, and chocolate (don’t make her choose) and experimenting with
recipes that feed both body and soul. She lives in Simpsonville, South Carolina, with
her true love, Brian, and their three children.