WRITING FROM A SOCIAL DISTANCE 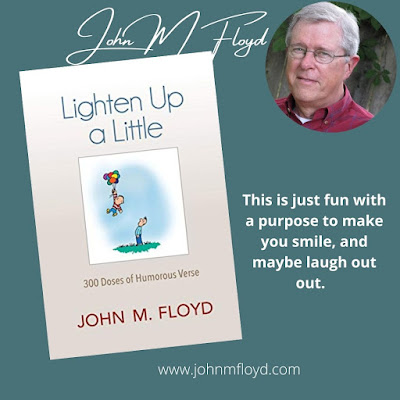 Question: When a book is published and released to the marketplace, if no one’s there to hear it land, does it still make a sound?

That’s what happened to me and my publisher in April 2020, not long after Covid-19 arrived. My eighth book was released then, and I think my diehard fans—thanks, both of you! —were the only ones who knew about it.

Here’s some background. I write mostly short mystery stories for magazines. I’ve written a lot of them, and Dogwood Press, a small but traditional publisher here in Mississippi, has produced seven collections of my short stories over the past fifteen years, a total of 240 stories.

For those who might be interested in how that works, we grouped thirty of my stories in each of the first two hardcover collections (Rainbow’s End and Midnight), forty stories in the third (Clockwork), thirty in the fourth (Deception), fifty in the fifth (Fifty Mysteries, which was softcover), and thirty stories each in the sixth and seventh books (Dreamland and The Barrens). Almost all the stories had previously appeared in magazines and short-story anthologies, and Dogwood Press allowed me to retain the rights to the individual stories should I choose to market them again in the future. Thankfully the books have sold pretty well—Rainbow’s End had a second hardcover print run—and I think it helped that each of them was “launched” at a signing at a large bookstore nearby. Mainly because of my publisher’s contacts, the books have been featured regularly at other signings at chain bookstores, independent stores, and libraries.

My eighth project with Dogwood Press was a bit different. It’s a book of 300 pieces of my light verse, all of them previously published in places like Ellery Queen’s Mystery Magazine, Writer’s Digest, Farm & Ranch Living, Grit, The Mystery Review, etc. That collection of poetry, called Lighten Up a Little, was different in another way also: it’s the book I was referring to earlier, the one that was published in the first months of the pandemic last year. At that time, we posted on Facebook that the book would available via Amazon and the publisher’s website, but because our usual launch venue had closed its doors to in-store customers by then, there was no kickoff signing. The collection sold a number of copies and is still selling occasionally, though not as well as it would’ve if I’d been out making appearances and signing books as I’d done with previous releases.

My publisher’s answer to all this, since things have begun opening more now due to the decrease in the number of Covid cases, will be to feature this most recent book at signings in the last half of this year, especially in bookstores during the Christmas season. The publisher and I are optimistic that the collection will get a good reception because it will still be “new” to stores and to most bookbuyers. (Note: I have so far done about a dozen Zoom sessions with literary groups and book clubs and have sold some books that way as well.) So that’s been my experience with new-book releases during the pandemic. What’s happened with the writing and selling of my mystery short stories, though, is a different matter. As terrible as these recent times have been, their effect on my writing has been minimal. The truth is, I wrote more short stories (35) in 2020 than the year before and have written 52 stories in the seventeen months since the pandemic began—probably because my wife and I have been home for the duration. No trips, meetings, gatherings, conferences, or even errands, so I’ve had a lot of time to dream up stories and write them down.

My story sales have been mostly unaffected as well. Some print magazines were forced to stop or slow operations for a while, but most are still afloat and thriving, and in these days of emailed submissions, sending stories into them and to online publications was easy. I’ve been fortunate enough to have 67 short stories published in magazines and anthologies since the lockdowns began, and I have 39 more that have been accepted (sold) but not yet published. Thank goodness for electronic submissions, proofs, edits, contracts, etc.

There’s one other bright spot, about my writing during these unusual times. Last year I received a note from a publisher in Moscow (they reached me via my website) saying they’d seen my short stories in The Saturday Evening Post and would like to publish some of them in a bilingual-edition book, with my stories appearing in English side-by-side with their Russian translations. (Another note: The print edition of the S. E. Post features six pieces of short fiction each year—one in every issue.) I immediately put the publisher in touch with my literary agent, and they soon struck a deal. That book, to be called Selected Stories by John M. Floyd, is due out later this year from VKN Publishing in Moscow. This opportunity was proof to me that short fiction in U.S. magazines do sometimes receive a degree of international exposure. In closing, I’ve found that yes, the pandemic has hurt the sales of my latest book—but

mainly because it prevented us from doing a proper in-person launch event and other signings when it was released. And I’ve experienced no negative impact on my short-story production or sales. Having said that, I’m glad—for many reasons—that the worst of the pandemic seems to be behind us now, and I wish my fellow writers good luck with all their literary endeavors in the future. 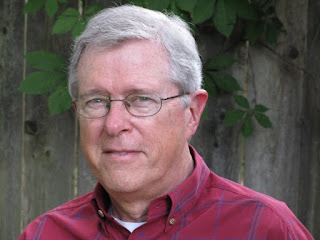 Email ThisBlogThis!Share to TwitterShare to FacebookShare to Pinterest
Labels: John M. Floyd, Lighten Up A Little, Suite T, Writing From A Social Distance