He Writes A Perfect Spy Thriller! 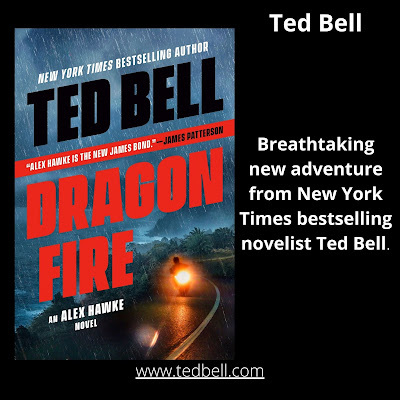 I’ve been asked about inspirations for my new Alex Hawke Spy Thriller from Random House. To go back to the beginning, a few years ago I was elected a Visiting Scholar and Writer-in-Residence at Cambridge University. It was quite an honor, to be honest, and I was terribly excited about spending a year in the UK in the presence of such an ancient bastion of Wisdom, Knowledge, and superior Brainpower. I was not to be disappointed.

I rented a ridiculously large Adams house in the countryside outside of Cambridge. I had sheep in my meadows and colorful birds strutting about on my lawns. It was me and my housekeeper for company. I read. A lot.

Had a lot of lonely bachelor dinners in the bevy of available pubs in my area. My daughter, who was a Ford model at the time, had frequent gigs in both London and Paris and it was my fondest wish that she train herself on down to the Bridge on the Cam and spend some quality time with her old man. Which she did, upon occasion.

I was to spend my year at POLIS, a prestigious wing of the university. Political Science and International Relations, to be precise. So, between lectures there and up in London frequently at the Royal Naval College, and digging in on my then new Hawke novel, WARLORD, I kept pretty busy. I lived on the outskirts of a little town called Somersham. The restaurant situation could be right dubbed as paltry. There was one, a crowded fish and chips eatery. Not good.

But, to POLIS. Cambridge is mobbed with presidents of countries, CEOs studying for a higher degree, Royalty from Europe and Scandinavia, and, last but not least, spies. Including one very tall and attractive one who seemed to be always inviting me to drinks, lunch, dinner, etc. I mentioned this woman to my sponsor at university. I can’t use his name here because he is much in the news these days regarding the Russian collusion nonsense. He said,

“Look here, Ted. You cannot continue to labor under the illusion that this woman is actually interested in you.”

“Because she’s not. Interested in you, I mean. She’s interested in me. Because she knows that Sir Richard Dearlove, your other sponsor and the former Chief of MI6 is a close friend of mine. She’s what Richard calls a “honeytrap waiting to be sprung”. Stay away from her. She knows that we all know that she’s a spy for the Chinese Communist Party, and we all know that she knows we know. Got it?”

Anyway, China was all the rage at Cambridge that year. It’s all we talked about at POLIS. The more I knew the more interested I was in China. And, I thought I might use the Chinese Spy woman as a character in a future book that’s all things Chinese…including the 400 year old Tang Dynasty that lies at the heart of the book and is Hawke’s nemesis, along with the truly evil Mr. S. Smith who’s trying to kidnap his son for Putin.

And that’s the genesis of DRAGONFIRE.

The Chinese woman metamorphosed into a Chinese Secret Police officer. And Cambridge did not figure in the book. But the Tang family does, including the beauteous Zhang Tang who has her claws out for Alex Hawke. And another beauty, China Moon, long a character in the series, is vying with Zhang for Alex’s affections.

I never plot out or outline these books. I just sit back and watch them happen. Much more fun for the author that way because you know your days are going to be chockful of surprises.

Like, when I first sat down to write the thing, I had no idea that I’d end up with two parallel plotlines! None of it! But suddenly I was writing half the book taking place in Washington, D.C. with our Alex’s grandfather becoming newly minted Chinese Ambassador to the US, Tiger Tang. And, Tiger, becomes FDR’s most trusted advisor and friend.

Present day Alex is once more down in the Bahamas on a mission of grave importance. The Queen’s most favorite grandson has gone missing at an extremely exclusive Chinese resort called The Dragon Fire Club.

Hawke, Stoke, and Harry Brock are once more into the fray, no surprise. And the reaction to multiple storylines from fans has been extremely positive. There’s a ton of WWII history in the book. I still recall novels that I truly loved because I’d learned a lot! 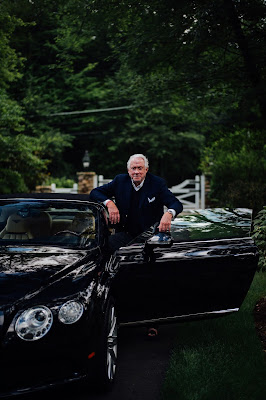 Ted Bell fills his very cinematic thrillers with realistic details and infuses his characters with a panache and humor. His extensive global travels have given him a perspective that he alone can provide readers. In 2011, He was elected a Visiting Scholar at Cambridge University, UK, completing his studies at Cambridge's Department of political science and International Studies (POLIS). I was also elected to the position of Writer-In-Residence, Sidney Sussex College, Cambridge University--a setting known for its connections to Intelligence community, including my sponsor, Sir Richard Dearlove, Master at Pembroke College and former Chief of Secret Intelligence Service, better known as MI6. In addition to my time in the UK, I have spent time in Russia researching my novels; despite almost being "disappeared" while waiting for a flight in the first-class lounge in the Moscow airport. But setting and characterization aren't the only strengths of the Hawke series--I am exhaustive in my research and goal to provide realistic military details for my readers.