Serves Up Romance & Suspense
With Style 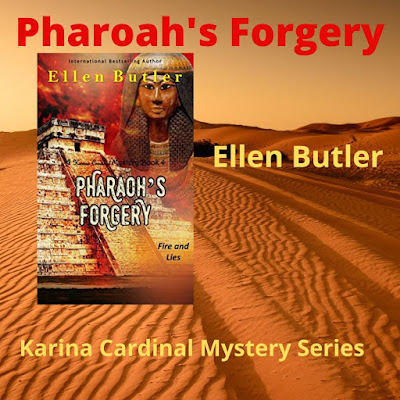 I would say I come by my fascination with art and artifacts quite naturally. Growing up in the Washington, D.C. metro area means I am very lucky to have easy access to one of the largest museum complexes in the nation, the Smithsonian. One of the greatest pleasures I afford myself is the time to visit these magnificent buildings that are filled with irreplaceable pieces of artwork and artifacts. Surprisingly, what led me down the road to writing Pharaoh’s Forgery, was only a short fifteen second segment on the evening news. What would have been hours of news coverage in South America, received only a small acknowledgement outside the museum circles here in North America.

On September 2, 2018, around seven-thirty in the evening, fire broke out at the Brazilian National Museum, in Rio de Janeiro. The museum, which opened in 1818, housed over two hundred million artifacts. The beautiful neoclassical São Cristóvão Palace, which sits upon a vast parkland in the northern part of the city, was built in 1803 for the Portuguese royal family. The building held as much important cultural significance to the city as the artifacts lost in the fire. It was a treasure-trove of human history.


Faulty air conditioning units were the cause of the fire. The trio of air conditioners failed to meet manufacturer recommendations regarding the use of separate circuit breakers and grounding devices, according to an Agence France-Press report. The Associated Press adds that the units received a stronger electrical current than they were made to conduct, creating a powder keg situation poised for disaster.

I began researching the fire for no other reason than my sorrow over the devastation of artwork and the historical value of human history that no longer exists. However, my writer’s mind, being what it is, began asking the “what if” questions that lead to the plotline of a new novel. Luckily, in 2016, Google Arts & Culture had begun working with the museum to bring the museum’s collections online. Google Arts & Culture digitized enough material to create a virtual experience, so the cultural heritage of the Museu Nacional will not be lost to human memory. Thanks to Google Arts & Culture, the inspiration for the funerary mask in Pharaoh’s Forgery can be seen on the Brazilian National website at museunacional.ufrj.br. Unfortunately, the funerary mask and most of the Egyptian exhibit did not survive the fire.

The good news, all is not completely lost. Over two thousand artifacts have been recovered from the fire damage. According to Smithsonian Magazine, governments and cultural organizations across the world have pledged to offer financial backing for rebuilding efforts. Additionally, the Brazilian government released emergency funds of R$15 million for a restoration plan.


If you have questions about writing or the background of this book, just drop them in the comment section. 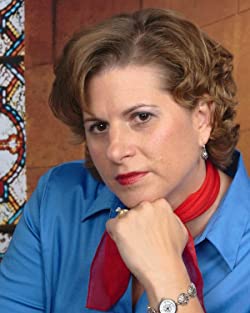 Ellen Butler is the international bestselling author of the Karina Cardinal mystery series and award-winning historical suspense, The Brass Compass. Fans who enjoy the suspense of Melinda Leigh and the humor of Janet Evanovich’s Stephanie Plum will fall in love with Butler’s Karina Cardinal.  Her experiences working on Capitol Hill and at a medical association in Washington, D.C. inspired the mystery-action series. The Brass Compass has won multiple awards for historical fiction and is compared to such bestselling novels as Kristen Hannah’s The Nightingale.


Butler is a member of Sister’s in Crime, International Thriller Writers, and the Office of Strategic Services Society. She is an admitted chocoholic and confesses to a penchant for shoe shopping. Ellen lives with her family in the suburbs of Washington, DC.
http://www.ellenbutler.net/