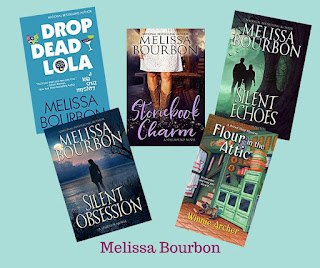 I wanted to write a book. A character was born, then her family, then the mystery and premise of the book.


I wanted to have that book published and pursue a new career, although I never had expectations of bestseller dom. I joined a writing organization, learned to hone my craft, found an agent, then another agent, and voila, a short 3 years later, the book found a home and became a series. That became the Lola Cruz mystery series. Lola is a novice PI in Sacramento. I like to say she’s my alter ego if I were a sassy, smart, Latina Private Eye.


My next series was a cozy mystery that is set in Texas, in a small fictional town called Bliss. The Magical Dressmaking mystery series helped me hit my first bestsellers list. With Harlow Cassidy, who is a descendent of Butch Cassidy (with my alternate ending to his life), I finally felt like I was on my way.


I then moved on to another cozy series. This one is a bread shop mystery series set in a central California coastal town called Santa Sofia (named after my daughter). Ivy is an apprentice to Olaya Solis, who owns Yeast of Eden. I love the punny titles in this series. The Walking Bread and Flour in the Attic are my favorites! Dough or Die releases in August, and I’m currently working on book six in this series, Murder Gone a-Rye. With two more books currently contracted, there will be lots more murder and mayhem in this beach town.


I wanted to venture into Indy publishing. This led me to write two romantic suspense books (based on Mexican legends) and one light paranormal romance. They recently released and I’m so thrilled that they are in the world. I’m very proud of these books.


Next up is a new venture. The Book Magic series will have a companion set of books written by my good friend Wendy Lyn Watson. Cora, the heroine of the Death series by Wendy, takes place on the Oregon coast, while her cousin Pippin’s world in the Murder books is in the Outer Banks of North Carolina. I’m so excited about this series.


My writing world has expanded over the years, growing with me as I’ve moved across the country. From California, to Texas, to Colorado, and now finally settled in North Carolina, I’m writing exactly what I want to be writing, and living the writing life I only dreamed of fifteen years ago. 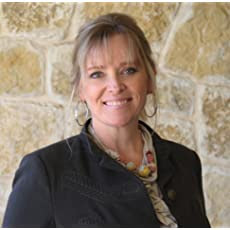 She is a former middle school English teacher who gave up the classroom in order to live in her imagination full time. Melissa, a California native who has lived in Texas and Colorado, now calls the southeast home. She hikes, practices yoga, cooks, and is slowly but surely discovering all the great restaurants in the Carolinas. Since four of her five amazing kids are living their lives, scattered throughout the country, her dogs, Bean, the pug, Dobby, the chug, and Jasper, a cattle dog/lab keep her company while she writes. Melissa lives in North Carolina with her educator husband, Carlos, and their youngest son. She is beyond fortunate to be living the life of her dreams.