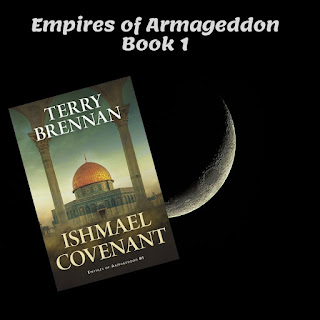 I’ve been told that there are essentially two kinds of authors—architects and gardeners.

Architects plan out everything before they start to build—not only the plot of the story but often the content of every chapter, or long, exhaustive summaries, along with well-defined characters. Gardeners plant a seed (hopefully in good soil); water it, let the sunshine on it for a while and wait to see what grows. 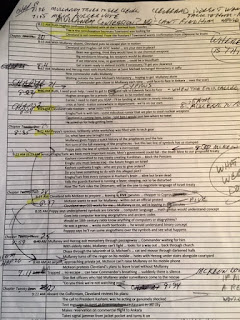 I’ve known architects. One not only wrote extensive histories of her main and secondary characters, but she also searched a website with photos of faces until she found the right look. Then she tacked up the face, the character’s history and the book’s summary above her desk, right where she needed it.

Another architect writer recommended having a conversation with your characters. “So, Joe, tell me about yourself?” And then write it all down. I tried this “character conversation” once. It was interesting. Filled up several pages of notes which I never used.

You see, I’m a gardener. And I never thought I’d change.

For my first novel, I had one idea. I married it to a second idea. And started to write. I had one character who was a clone of me and my history. And then other characters started to show up … often unannounced, certainly without a history. The story in my head had a beginning and an end. The 350 pages in between I made up as I went along. But, when I was asked about the sequel, my reaction was always the same. “What sequel?”

It took me four years to write the sequel I didn’t know existed.

Gardeners run into myriad other problems: recurring and inescapable dead ends; mountains of research that never sees the light of day; and pages of manuscript that are abruptly discarded because they no longer have any relevance or purpose. A lot of wasted time.

But, after The Aleppo Code, book three of the first series, won the Carol Award in 2016, I pitched my publisher for a new three-book series. Again, all I had was one idea. But I had learned a lesson. Even gardeners need a stake or two to keep the tomatoes upright.

And this is what I came up with. An Excel spreadsheet I called Timeline/Outline—one for each book and one for the series. I started by taking one specific idea, detail or scene as it came to me and writing them into individual rows in the spreadsheet. Then I started grouping those rows together into chapters, or sub-sections within a chapter, and putting a Date/Time stamp on each.

For a gardener, the benefit of Excel is that it is very flexible. Spreadsheets are easy to manipulate. You can move a row, or a whole section of rows—along with the date/time stamp—from one place to another; cut-and-paste information from one row into another; or create a whole new chapter within a chapter that’s gotten too long. At different stages of the writing process for the three books of my new empires of armageddon series, I would print out a spreadsheet and mark-up it up with changes I wanted to make. It was much easier to keep track of my progress, plot necessary changes, move large amounts of information, and keep things organized.

I’m still a gardener. But now my garden has rows and order and room to walk—or imagine. It’s a good thing. 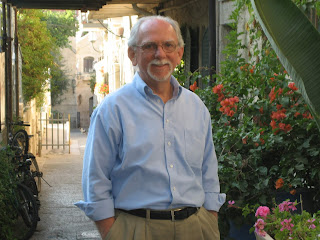 Terry Brennan is the award-winning author of The Jerusalem Prophecies series. His latest release, Ishmael Covenant, is the first in his new Empires of Armageddon series.

A Pulitzer Prize is one of the many awards Brennan accumulated during his twenty-two-year newspaper career. The Pottstown (PA) Mercury won the Pulitzer Prize for Editorial Writing for a two-year series published while he led the team as the newspaper’s editor. In 1996, Brennan transitioned into the nonprofit sector, spending twelve years as vice president of operations for The Bowery Mission and six years as chief administrative officer for Care for the Homeless,  both in New York City.

More on Brennan can be found at www.terrybrennanauthor.com. He is also on Facebook (Terry Brennan) and Twitter (@terrbrennan1)