Where Does An Author Get Ideas? (Part 2) 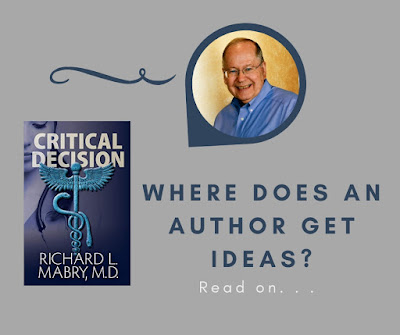 Here are where some of my ideas came from, and how I turned them into a novel.

One evening, going into an almost deserted parking garage at the medical center, I idly thought, “This would be a good spot for a kidnapping.” Apparently it was, because I turned that thought into Stress Test, in which a doctor was kidnapped, shoved into the trunk of his car, taken for a ride that wasn’t to have a pleasant ending, and he didn’t know why.

Coming out of a movie, I idly wondered about all the couples I’d seen in attendance. What if one of them wasn’t using his correct name or identity? Why would someone do that? I spun that idea into Heart Failure, a novel that involves an engaged couple that’s shot at, causing the man to eventually reveal that he’s in the witness protection program.

One of my colleagues was accused (falsely) of a mercy killing. I incorporated that into my novel, Diagnosis Death, in which a woman is accused of a similar situation involving her husband—but she can’t recall whether she’s guilty or innocent of his death and the one that followed.

How about something more recent? My latest novel, Critical Decision, stems from an idea given me by my wife. She is my first reader and both my biggest booster and severest critic. In an offhand fashion, when I was brooding about my next book, she suggested I write about a doctor who receives a mysterious package. When she opens it, she finds a phone that rings. A voice addresses her by name, telling her that her husband has been kidnapped. If she doesn’t give a medication to the patient she’s seeing the next day, a former Vice President of the US, her husband will be killed. What will the medicine do to the patient? It will kill him. Well, you must admit that was a pretty good start, and I managed to turn it into to my most recent book.

Try taking the novel you’re currently reading and find the nugget of an idea inside it. What did the author write that book? What do you think you’ll take away after reading it? Then ask why you care what happens. What is at stake? What holds your attention? I was told that once I started writing, I’d never read the same way again. I suspect that once you begin looking for the idea that started it all, once you look for the “So what?” you’ll be a changed reader, too.

Where do you get your ideas? They’re all around. It’s what you do with them that counts. 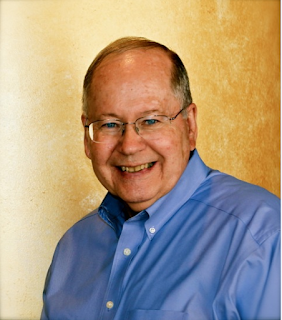