Still Waiting to Buy the Yacht 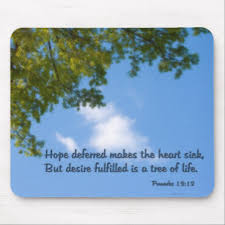 Founding Father John Adams famously once said, “Facts are stubborn things.” Over the decades of my life, this quote has guided me at least a hundred times (maybe a thousand) and kept me from living in a constant state of desires-created/desires-destroyed. A Scripture verse that serves the same role is: “Hope deferred makes the heartsick” (Prov. 13:12). Modern translation? When you want something badly and don’t get it, you get depressed.

The bigger the hope that gets crushed, the deeper the “heartsickness” that follows.

I’ve learned that my heart can crave or want something to happen fairly easily. But the overwhelming majority of these desires don’t pan out in real life. Why? Because facts are stubborn things. They could care less about the things I desire. So, I decided a long time ago to keep my heart/desires in check until I’ve uncovered the facts in a situation. And even if the facts line up, it’s no guarantee God will say yes.

What does this have to do with writing? Well, a lot I think.

Since last month’s column, I’ve read an Author’s Guild blog from January that laid out the results of an extensive survey done with over 5,000 published writers. It concluded that the average annual income for authors is around $6,080/year. And that includes everything. From book income alone, the average drops to $3,100/year. Which happens to be LESS THAN HALF of what it was 10 years ago. So, the trend is moving the wrong way. (Click Here to read it).

These are not encouraging stats. Even among authors who claimed to be “writing fulltime” the median annual income was only $20,300 (well below the Federal Poverty line for a family of 3).

These are the facts. And they are stubborn things. And these stubborn facts have been true for quite a long time. But I don’t think these facts are widely known or understood. SO many of the authors I’ve met these past 10 years (since my first book came out) cling to a strong desire to one day quit their day job and “write fulltime.”

According to these stubborn facts, my writer friends should let that desire go…completely. If they would, they would be so much happier. Treat it like that old hippie saying: “If you love something, let it go. If it was meant to be, it will come back to you.”

When my first novel came out in 2009, I don’t how many times people asked me: “So, when are you going to buy that yacht?” My answer was: “I actually only made enough to remodel our kitchen…and that’s with us doing most of the work.” Where do people get this notion that being a published author means you’ve hit the big time and money will start rolling in? 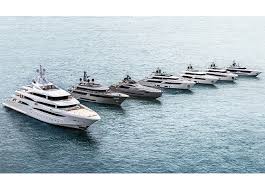 You know the answer. They get it from Hollywood (and the Hallmark channel). For some ridiculous reason, whenever authors are portrayed in TV or film—even if they just have 1 or 2 books published—they get filthy rich (like the TV character Castle). They’ve got the yacht, the beautiful lakeside cabin to write in, drive the best cars. And when they do a book signing, the line of interested readers goes out the door.

Based on the facts I’ve seen, that image only represents about 1% of published authors. And only about 5% earn enough to write full-time (and remember, the median income for these authors is below the Federal poverty line).

So, stop beating yourself up for your lack of success. Stop craving something that, most likely, will never happen. Write for the love of writing. Write for the joy of storytelling. If your books make even $3,000 a year, throw a party. Invite your friends. Of course, if you do, some of them will inevitably ask, “So, when are you going to buy that yacht?”

I have 21 novels out now. I’ve been fortunate enough to write full-time and actually make a semi-decent living. 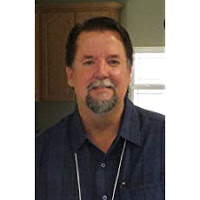 Dan Walsh is the bestselling author of 21 novels (all available on Amazon), including The Unfinished Gift, Rescuing Finley, When Night Comes and The Reunion (now being made into a feature film). Over 750,000 of his books are in print or downloaded. He's won both the Carol and Selah Awards multiple times, 4 of his novels have been finalists for RT Reviews Inspirational Novel of the Year. Reviewers often remark about Dan's rich, character-driven storylines and page-turning suspense (even with his more inspirational books). He's been writing full-time since 2010. He and his wife Cindi have been married 42 years, have 2 grown children and 4 grandchildren. They live in the Daytona Beach area, where Dan grew up. You can follow him on Facebook or Twitter, read his blog, or preview all his books by visiting his website at http://www.danwalshbooks.com Dan’s books: If These Walls Could Talk - DAN'S NEWEST NOVEL, When Night Comes, Remembering Dresden, Unintended Consequences,  Perilous Treasure,  Rescuing Finley, Finding Riley,  Saving Parker and  The Deepest Waters (2nd Ed)