It is said writing style is the way we express our thoughts as an individual. So, I decided to do a tad of research on writing styles.

Grammarly says Expository, Descriptive, Narrative and Persuasive are four writing styles. (https://www.grammarly.com/blog/writing-styles/) So with that in mind here is the synopsis below. 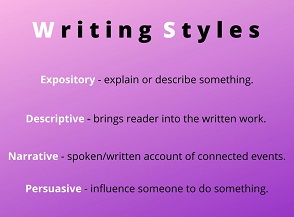 Ernest Hemingway's writing style is one of my favorites. Mainly because I am a fast reader, I don't like to get bogged down in too many words when few would suffice.

Hemingway said, "A writer's style should be direct and personal, imagery rich and earthy, words simple and vigorous." 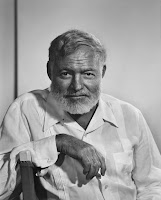 He is famous for a terse (effective and concise) minimalist style of writing. He dispensed with flowery adjectives and seemed to be able to get straight to the point. Some have said he wrote with simple genius.

I agree with the voices who have read his works that his writing was probably due to his training as a newspaper reporter. He learned to put emphasis on nouns and string them along with conjunctives

If you read his work, you will see he used short sentences, short first paragraphs, seemed to lean to the use of positive as opposed to negatives in his writing and used English in an energetic way.

And his good friend F. Scott Fitzgerald wrote in a different style. He wrote elaborate descriptions of characters, places and used repetition, various forms of literature and allusions.

I found he put a lot of his life into his fiction. He wanted readers to picture and imagine what he was writing about. I do believe he liked using adjectives! He also used similes to create imagery. 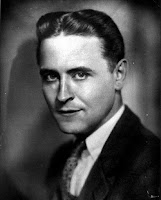 In reading The Great Gatsby there seems to be a lyrical flow––a rhythm as you read. He could create this cadence that falls on certain words. Perhaps that is why there was so much emotion in his writing.

When you look at the different styles of authors from the past, you can see what you like in their style and what you don't.  Perhaps, you will see your own style as a mixture of one or more of the late authors.

Although these two authors had distinctive different styles, they were both excellent writers. They both achieved a legacy in their writing.


Whatever the case, developing your style is what makes your stories and brings readers to your books. And perhaps leaves a legacy for you.