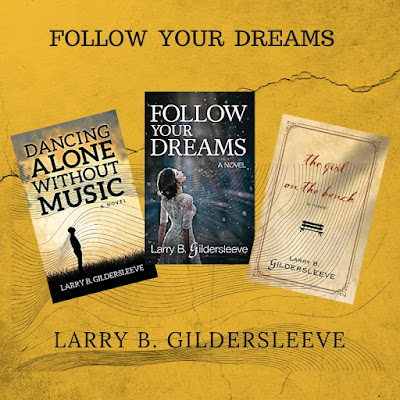 There’s no way of knowing how many people dream of being a published author. What we do know is that relatively few invest the time and resources to see the dream through to fruition. That was almost me.

Compositions I wrote in high school English classes received A’s. I know because I saved them to inspire me to one day try to become a published author. My mother, the town’s librarian, encouraged me to pursue that dream after university graduation. I didn’t, succumbing instead to the lure of corporate America.

But over the years, as I moved from the East coast to the West, and travelled around the world, I filled journals with story ideas and character descriptions, saving them for the day when writing would become a priority in my life. It took almost forty-five years, and happened when I wound down my late-career entrepreneurial ventures and returned home from Seattle to Bowling Green, Kentucky. The lessened business demands, the slower pace of life and the welcoming feeling extended by new friends and old created an environment that sparked my desire to finally begin to write in earnest.

I didn’t just ease into a comfortable chair in front of a keyboard, rather I attacked my new profession with an all-in commitment. I had read it takes a minimum of 10,000 hours to become truly proficient, but not necessarily successful, at a new endeavor, be it a different career direction or playing golf. Or becoming a novelist.

I invested a lot of time and quite a bit of money studying my new craft. I purchased more “how to” books than I care to recall, and studied a variety of resources available online. I attended a few writing conferences and seminars, but departed more disappointed than fulfilled. The kindling to get the fire burning happened when, on a referral from an author friend in Seattle, I engaged a wonderful writing coach/editor in California – Lynda McDaniel – who was a successful author and journalist in her own right.

Lynda and I have never met. She taught me to write fiction through the exchange of countless iterations of the manuscripts for my first three novels, and she will be receiving the first draft of my fourth in June. Since I began in 2015, I’ve been creating my own MFA program in a Word document in which I record the best thinking and most useful guidance I’ve encountered about the craft of writing, and I will happily share it with anyone.

My first novel, Dancing Alone Without Music, came to life with KDP in 2016. The sequel, aptly named Follow Your Dreams, was a 2018 KDP release. Sales of both have been underwhelming because (I hope) I still haven’t figured out how to effectively market self-published books online. But I’m investing a lot of time trying to figure it out. My third novel, The Girl on the Bench, was published by Book Locker and released in late 2019. 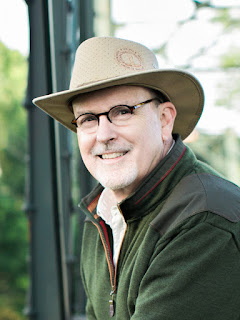 Larry B. Gildersleeve is a father of two and grandfather of four who turned to writing after a four-decade career as a corporate executive. He lives in Bowling Green, Kentucky with Kathleen, his wife of 30 years. www.larrygildersleeve.com

Email ThisBlogThis!Share to TwitterShare to FacebookShare to Pinterest
Labels: author, Dancing Alone Without Music, Follow Your Dreams, Larry B Gildersleeve, Suite T, The Girl on the Bench, writing