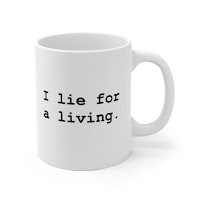 When people ask me what I do for a living, I sometimes jokingly say I lie for a living. Isn’t that what fiction writers do? I think the difference between a writer and a liar is that a writer uses his or her imagination to tell a story and entertain, whereas a liar uses his imagination to deceive, mislead, and control.

A couple of years ago I became acquainted with a toxic narcissist. I say acquainted because narcissists are such excellent liars no one ever really knows the real person. I believed everything he said until things started to not add up. And then he lied about his lies, something I call “liar layers.” (Say that three times real fast.) I know now that his lies made my reality a lie. He wasn’t who I thought he was, and our relationship wasn’t what I thought it was. I’d heard of narcissism, but at the time I didn’t know the traits of a narcissist or the depths of lying to which they will go. Everyone knows liars weave tangled webs, and sooner or later, their lies become unearthed. As Dorothy Allison said, “Things come apart so easily when they have been held together with lies.” 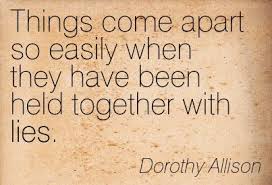 I took that awful experience with a toxic narcissist and developed a story around it for the fifth book in my Goose Pimple Junction mystery series. In Liars & Lunatics in Goose Pimple Junction, main character Caledonia experiences much of what I went through in that short but doomed relationship. In the book, Virgil is a liar and a narcissist in both his personal and his professional life. But the truth came out as it did in my real-life story, albeit with a slightly different outcome.

I’ve known several liars in my life, and they have taught me valuable lessons, but I have to say it was cathartic to make them suffer in my fictional world. In the fourth book in the series (Rogues & Rascals in Goose Pimple Junction), an unscrupulous publisher in my real life got his just desserts and a divorce attorney who was less than above board in real life died a violent death. in this newest book, I again took pleasure taking my experience with a real-life narcissist and using it in Caledonia’s world. Virgil is a classic narcissist, and his words and actions lead to his ultimate demise. They say to never wrong a writer—they get their revenge on paper. I’m not advocating actually exacting revenge on an enemy, but it is a little satisfying to settle the score, albeit fictionally. If only karma took care of all liars like that. I’m not saying all of them have to die like the characters in my books, but it would be nice if, from time to time, their pants would actually catch on fire.
_______________________________________________________________ 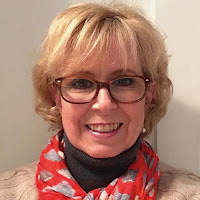 Amy Metz is the author of the Goose Pimple Junction mystery series. She is a former first grade teacher and the mother of two grown sons. When not writing, enjoying her family, or surfing Pinterest and Facebook, Amy can usually be found with a mixing spoon, camera, or book in one hand and a glass of sweet tea in the other. Amy loves unique Southern phrases, cupcakes, and a good mystery. She lives in Louisville, Kentucky. Website: https://www.authoramymetz.com/
Blog: http://abluemillionbooks.blogspot.com/  Facebook: http://www.facebook.com/AuthorAmyMetz Twitter: https://twitter.com/authoramymetz  Goodreads: https://www.goodreads.com/AmyMetz