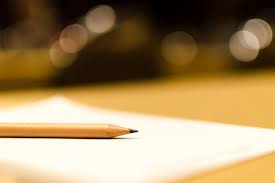 I was a freshman in college, working diligently at my first attempt to craft a novel.  I was having difficulty finding my voice as a writer as well as the voices of my characters.  My English professor, being quite proud of my efforts, set up a phone call for me with a friend of hers who was a published author.  I held my pen at the ready, hoping that I’d be able to write fast enough to capture all of the knowledge he would be handing over.  Nervously, I laid out my literary issues.  He responded by saying,
“Listen”
One word and then nothing, in the resulting silence, he let me begin to come to grips with the message. Little did I know, this one word would be the most important piece of literary advice I would ever receive.  It was extraordinarily important to the success of my recent release The Emancipation of Evan Walls.
As a son of the South, I am familiar with many of its songs.  One particular song was the language of the people in the community in which I was raised.  I was setting the story in a small, rural town in the late 60s and early 70s.  I wanted to reflect that time in the voices of my characters.  So, I remembered my lesson. If you want to know what conversations in a bar sound like, the author told me when the phone conversation resumed, you go in, buy a beer, sit down and listen. Don’t talk to anyone.  Just listen.  And not just to the words.  Hear the joy and the pain.  Hear the comfort and the doubts.  Words are more than just sounds. 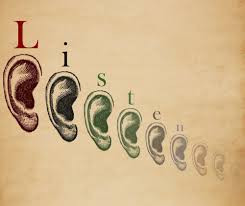 In my case, I couldn’t go in and just listen.  Many of the voices I treasured had passed on.  Many had simply changed with the times.  So, I looked inward.  I sat and remembered situations from my childhood and soon the voices returned, and I heard them.  Many people call what I wrote dialect.  Some thought I shouldn’t use it, because in the present it might play into stereotypes of African Americans.  But according some linguists, it isn’t a dialect but a separate language.  It was my language.  My heritage and I wanted to represent it.  So, I heard my great-grandmother tell her stories and felt the emotions tied to her voice.  I heard my great aunt say, “Chile, please!” when someone made her laugh so hard she had to beg for mercy.  I wrote outwardly from those voices, creating my story from them. And I am proud to say that I listened well.  The language, or music of my youth as I like to call it, rang true to readers and added so much to the story. Author, Christina Kovac wrote, “…the dialogue is superb.”  Author Viga Boland wrote that I was a master at “…revealing characters and their motivations primarily through dialogue.”
These days, I give the gift of “listen” whenever I am asked for writing advice.  But not only do you need to listen to the world around you, you really have to hear yourself.  Writing isn’t just about crafting, it’s about the opening up of our souls and reflecting upon it.  Listening to it and then finding the courage to put that on paper.
___________________________________________

Jeffrey Blount is the award-winning author of three novels — Almost Snow White, winner of the 2013 USA Best Book Awards, Hating Heidi Foster, winner of the 2013 Readers Favorite Book Award for young adult literature and his recent release, The Emancipation of Evan Walls. He is also an Emmy award-winning television director and a 2016 inductee to the Virginia Communications Hall of Fame.  During a 34-year career at NBC News, Jeffrey directed a decade of Meet The Press, The Today Show, NBC Nightly News, The Chris Matthews Show and major special events. Jeffrey is an accomplished public speaker, commenting on issues of race, social justice and writing. He was a contributor for HuffPost and has been published in The Washington Post, The Grio.com and other publications.  He is also an award-winning documentary scriptwriter for films and interactives that are now on display in the Smithsonian Museum of African American History and Culture.  the Newseum,  America I AM: The African American Imprint at the National Constitution Center, The Museum at Bethel Woods, at the site of the 1969 Woodstock Music and Arts Fair, and others.  These projects have won Cine Golden Eagle Awards,  Muse Awards and a Thea Award. Born and raised in Smithfield, Virginia, he now lives in Washington, DC. Social Media Links: Twitter:  https://twitter.com/JEBlount Facebook:  https://www.facebook.com/jblountauthor Instagram: https://www.instagram.com/jeffreyeblount/?hl=en Website: https://jeffreyblount.com/