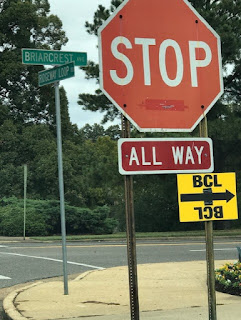 Halloween morning arrived with a drastic shift in temperatures. Memphis had record highs at the beginning October, peaking at a hot 98 and ended the month with a wind chill of 30 and snow flurries. Talk about a drastic change.

As I was running errands with the heater on full blast in my warmest sweatshirt, I happened upon the film set of Bluff City Law and was encouraged. Fingers crossed that filming continues for this well-written and perfectly-executed show and that a Season Two happens. My fingers are crossed. As you may recall my last blog post was titled “Save NBC’s Bluff City Law LikeCharlotte Did Wilbur.”

I hope you will watch to see how to craft screenwriting with multiple plot lines. The show, "Bluff City Law", can be seen Monday nights at 9:00 p.m., CST, on NBC. It has been shooting in Memphis, and we would love for it to have a second season. It’s been economically and spiritually giving to Memphis and its citizens. Memphis salaries, hotels, restaurants, and local businesses have received a boost of more than $10 million, a huge boost for our economy. However, more important than economics, the cast and crew are genuinely kind folks who have embraced our city and found a place in our hearts.

Case in point, last week on The Memphis and Shelby County Film and Movie Commission Facebook page, I saw this heart warming story. “Alexis Bezilla, a patient at St. Jude Children's Research Hospital, brought a very special few hours to the set of NBC’s “Bluff City Law” in Memphis when she made an unannounced visit to the set last month! Although not expecting her, the cast and crew spontaneously made time for her- taking time from their 14 hour day. Series star Jimmy Smits spent ALL his breaks with her. Director of Photography Mike Spragg asked for the spelling of her name- then surprised her with a slate personalized with her name. He even went to his colleagues and collected autographs for her. Director of Lighting Greg Argarin even brought a young woman to meet her who had survived serious cancer- in order to give Alexis and her Mother, April Bezilla, hope. Justin Sulham, a grip from Nashville who had competed as the world’s strongest man, carried Alexis-wheelchair and all- from place to place on the set. Alexis went to Heaven Monday night. The visit to the set of “ Bluff City Law” was to be her last outing. Thank you, cast and crew of “ Bluff City Law” for making Alexis’ last day away from the hospital one so special, so memorable- so fun! . Memphis and Tennessee have been so incredibly fortunate to have you here. May each and every one of you be a part of Season Two! ❤️🙏 #bluffcitylaw” Fingers crossed! 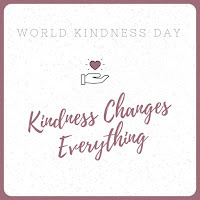 A detailed article in the Memphis newspaper, The Commercial Appeal, recounts additional information and pictures of this touching example set by the cast and crew of Bluff City Law. Thank you BCL for the example of kindness and giving.