Presenting the Truth as Needed, I was 12 When My Son was Born 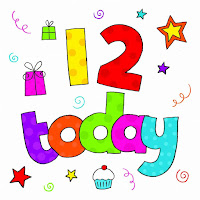 I recently met a lady that was noted for her marketing ability. She had originated a fantastic idea for retail outlets and was sought out to speak to community organizations like the Chamber of Commerce. She began each speech with some personal information so the group can get to know her better. In telling them about her family she mentions her children, their ages and the fact that she was 12 when her oldest son was born. She says she immediately has their attention and their judgement.

She then tells the group their expressions just changed dramatically. She says she feels this is due to their sudden change in their opinion of her which possibly is negative. She is aware of everyone’s explanation they have in their minds of her situation that brought her to having a son at the age of 12. She is about to clear their minds of the negativity and clear the way for her message by presenting the truth.

She presented it in the way she did to get the greatest affect for her marketing message she was about to present to them. It was presented to them to teach them all they presume to be true about retail marketing could be true but is not the only truth. It prepares them to now be open minded and to listen to her message. There is a lesson in this for writers. 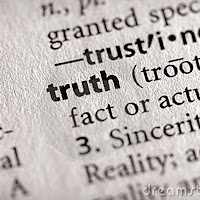 This is not something you don’t see every day. News headlines, TV reports and commentaries many times present such a truth as a teaser to get you to listen, watch or read their story. You too can do so in presenting the truth about your story or one of your characters. You can reveal the truth in layers as needed. How do you do so? It is simple.

Make a list of the truths as I have done above with our speaker’s truths. I listed them in the order they were presented, slowly revealing the adoption. You too should make a list of the truths and after doing so choose how you would reveal them to your readers. You may want to do as our speaker did and lead your readers in one direction then quickly turn them in another. Present the truth as needed to benefit the impact of the story.

Email ThisBlogThis!Share to TwitterShare to FacebookShare to Pinterest
Labels: Doyne Phillips, I was 12 When My Son was Born, Managing Editor for Southern Writers Magazine, Presenting the Truth as Needed