Finding the Deep Theme that Drives Your Writing 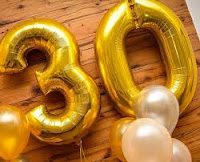 Although I was a professional writer for thirty years, I came late to the world of fiction, only fifteen years ago. Before that I was a public relations exec, living by my pen—and then computer. My creative heroes/heroines were novelists, but I didn’t see myself in that role. I was a decent writer but feared I had nothing interesting to say.

In college an English professor asked if I wrote. I replied, “No, but I think about it.” He cocked his head, saying, “If not by now, then you never will.” I was twenty. Nothing rattling around my head seemed worthy. So I soldiered on. You know, doing the usual—grad school, marriage, child, career. Until one day I took an aptitude test and saw how much I wanted to write fiction.

My first manuscript, a literary novel, never found a publisher. A knowledgeable bookseller told me becoming a published author would be easier if I left literary fiction for a popular genre. Mysteries were my thing, puzzle solving drew me in. I honored my love of Nancy Drew and developed a similar character, but a bit older, forced by circumstances to find a killer. My protagonist bore a strong resemblance to the one in my unpublished trying-to-be-literary work. Both women were trying to find places in a world controlled by men, seeing the inequities but battling in a more or less ladylike fashion against them. My first mystery sold, and then the second in the series. My third was published last week, a prequel.

All four manuscripts are different. Plots, settings, motives for murder. However, there’s an underlying theme. Each shows a woman buffeted by sexism. The theme doesn’t hit you over the head, but it lurks underneath all my writing.

I didn’t set out to do this. It just happened. Looking back I can see signs, but I didn’t recognize these for what they were. 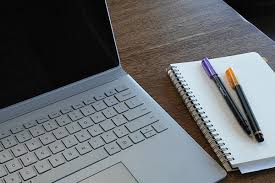 You may not know ahead of time what will propel your fiction. Only when you begin to write does your subconscious take over and show you what your theme is. But here’s a suggestion. If you want to try to see what motivates you to write, then analyze what you think about most. What stories are you drawn to?

Review the big questions in literature. Love and loss. Good and evil. Courage and heroism. Prejudice. Corruption. Some will draw you, others less, and you can narrow your focus. Indeed, perhaps you have a story you’re dying to tell. I did, and my plots showed what I most yearned to figure out.
David Bowie said, “There are half a dozen subjects that I return to time and time again….My favorite writers do that, hunt down the same topic or theme from different directions each time.”

Now I’m plotting my next mystery. Again my heroine will have a male name, like her predecessors. She’s Sam. The others were Austin and Walter (aka Wallie). My Texas grandmother was Walter (aka Wattie), after her father the judge. From childhood on, I imagined how that male name must’ve shaped my grandmother growing up. Did it help develop her strong character and encourage her to shoot, fish, and ride just as well as any man? Yet she grew up to be a church-going matron who wore picture hats and lacey dresses. My dad was her big strapping son, and two daughters were dainty and nothing like her. But I was. 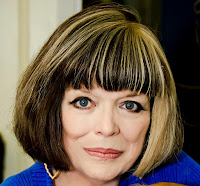 Kay Kendall writes the Austin Starr mystery series. The first two books capture the spirit and turbulence of the 1960s. Desolation Row (2013) and Rainy Day Women (2015) show Austin as a young Texas bride, forced to the frontlines of societal change by her draft-resisting husband. Austin copes by turning amateur sleuth. The latter mystery won two Silver Falchion Awards in 2016 at Killer Nashville. Note the book titles show she more than adores the music of Bob Dylan. After You've Gone (February 2019) is a prequel featuring Austin Starr’s grandmother who comes of age during the Roaring Twenties and Prohibition. Kay’s work in progress brings Austin and her grandmother together in 1970 to solve a relative’s murder in Vienna that involves Russian spies. In all her fiction, Kay shows how patterns of human nature repeat down the decades, no matter what historical age one reads about. Before Kay began to write fiction, she was an award-winning international public relations executive, working in the US, Canada, the Soviet Union, and Europe. Ask her about working in Moscow during the Cold War. With a degrees in history, Kay makes sure to get historical settings and details right. She and her Canadian husband live in Texas with three rescue rabbits and one bemused spaniel. Her social media links: http://AustinStarr.com  www.facebook.com/KayKendallAuthor /   @kaylee_kendall  Kay blogs monthly on 3rd Wednesday of each month at https://thestilettogang.blogspot.com/