To Agent or Not to Agent? 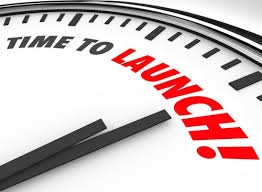 When I launched my fiction-writing career many years ago, I thought having an agent would be advantageous—not to mention prestigious. It was a sentiment shared by most authors I knew.

But my early career ended up being focused on category romance, and as I quickly learned, an agent in that situation is little more than an unnecessary expense. Category romance contracts are boilerplate and largely nonnegotiable (aside from a couple of items like author copies). So, an agent won’t be able to get you anything you can’t ask for yourself—yet they’ll still take their full fifteen percent.

When I decided to branch into longer, trade-length books, I knew I’d need to switch publishers. By then, it had become more difficult to connect with non-category publishers without an agent.

So, I got one—and he did sell my first suspense series.

However, having spent more than two decades in an executive level position at a Fortune 500 company, I was familiar with the give and take of negotiation. I had also educated myself through the years on publishing contracts. So other than making that initial connection, my agent did very little for me.

When it came time to pitch a second series, I sent him a one-page proposal, with a one-paragraph synopsis of each of the books. He passed it on to my publisher—and they bought it immediately. Virtually no work was required on his part…yet he collected his fifteen percent (and continues to collect it to this day, since the series is still selling).

At this point, I decided the agent model wasn’t working for me. I was comfortable reviewing contracts and asking for what I wanted, and I anticipated a long run with my publisher. What value was my agent adding?

Just as I was about to sever our relationship, my publisher contacted him and asked for another contract. Absolutely zero work was required on his part. But since he was still the agent of record, he got his percentage.

Needless to say, we’ve since parted ways. I now negotiate my own contracts, though I do have a literary attorney in New York who I use on occasion. But that’s a pay-as-you-go arrangement, which works far better for me. 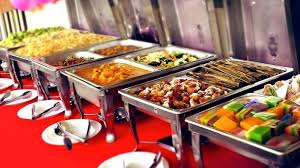 While I realize an agent may make sense for some authors who intend to take advantage of the smorgasbord of services they offer—publisher contacts, industry information, contract negotiation, contract analysis, manuscript review, hand holding. However, all I ever used my agent for was negotiating contracts. So, I was paying for a smorgasbord I didn’t need.

For those still waiting for their first contract, a literary agent may help you get your work in front of an editor. But remember that many editors attend writing conferences, and you may be able to make a personal connection yourself. It’s an option that could be worth exploring.

Whether you decide to get an agent or not, I’ll share one piece of advice. Educate yourself on the industry and on contracts—and review every contract word for word. Because no one will ever care as much about your career as you do.

Irene Hannon is the bestselling, award-winning author of more than fifty contemporary romance and romantic suspense novels. In addition to her many other honors, she is a three-time winner of the prestigious RITA Award from Romance Writers of America (the “Oscar” of romance fiction) and is also a member of that organization’s elite Hall of Fame. In 2016, she received a Career Achievement award from RT Book Reviews magazine for her entire body of work. Millions of copies of her books have been sold worldwide, and they have been translated into multiple languages. She’s active on social media, and especially loves to chat with readers on Facebook and Twitter! Social Media links: www.irenehannon.com