Have You Checked The Footnotes? 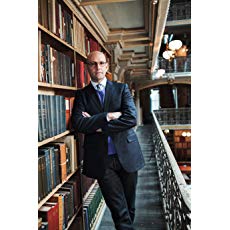 Brad Meltzer is a bestselling thriller and mystery writer, comic book author and TV show creator. As a fiction writer he has had great success. So why in his latest project did he take on non-fiction. The First Conspiracy: The Secret Plot to Kill George Washington has the historic accounts of the assassination attempt on General Washington’s life during a critical time in the Revolutionary War. Just before the signing of the Declaration of Independence is when this real-life mystery unfolded.

The story goes that Washington discovered the conspirators, rounded them up and took one of the main conspirators and hung him publicly in front of 20,000 people. Meltzer stated this was the largest public execution in North-American history at that point. The question is, “How did such a story get lost to us”. He said it was due to the Signing of the Declaration of Independence and the fact that British Troops were about to invade New York. It was overlooked.

Meltzer was interviewed recently about the book and specifically about the generally unknown event and was asked how he came across the story. Meltzer said he found it in a footnote. He then took the information to Pulitzer Prize-winning historian Joseph Ellis and asked him if this really happened? Meltzer was told it really happened. Meltzer went on to tell CBS THIS MORNING, “the best books come from footnotes”. You may want to see his entire interview and can do so at this link.  It is worth the time.

I now find myself checking footnotes for anything that may be of interest. I found some things which have encouraged me to keep looking. Our thanks should go to Brad Meltzer for the insight and, more importantly, for sharing. What have you found in footnotes?