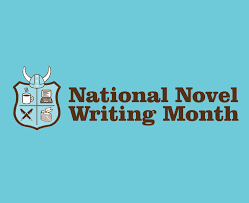 Each year during the month of November, the buzz word is NaNoWriMo. Even if you’re not a writer, you’ll see postings on blogs, Twitter or Facebook about National Novel Writing Month. Thirty days of writing frantically to reach the goal of fifty thousand words in 30 days. Easy right?

Not really…at least it’s never been for this girl.

So why participate? For me, it’s to get the words on the page. I’m easily distracted, so popping up to clean this or pick up that is often part of my writing routine. Not so during the month of November because when I commit to something, I do it…even when some days, it feels impossible.

You might wonder why I’m talking about this when November is a distant memory and we’re focusing on a new year. It’s because my third book, to be published this year by Harlequin, was my sloppy mess of a draft written during the month of November in 2016. So that makes three participations resulting in three published books. My 2012 entry was rewritten and contracted in 2016. 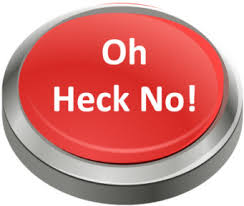 Were these stories suitable for publication on November 30th? Heck no! But the characters and the plots were solid, so rewriting was the next order of business once the books were contracted.

When I first heard about NaNoWriMo in 2010 and committed myself, I never imagined in 2015 the first book I’d ever write would be published. Did I work on it for five years? No way! I could never stay with a story for that long. I simply pulled it off my hard drive and decided to revisit my characters after they’d been ignored for years.

So, my advice to writers is to never toss out your written words—even if you think it’s rubbish. All writing can be rewritten, edited, polished and hopefully one day result in a contract, but not if you trash it.

By day, Jill Weatherholt works for the City of Charlotte. At night, and on the weekend, she writes contemporary stories about love, faith and forgiveness. Raised in the suburbs of Washington, D.C., she now resides in Charlotte, North Carolina, but her heart belongs to Virginia. She holds a degree in Psychology from George Mason University and Paralegal Studies Certification from Duke University. She shares her life with her real-life hero and number one supporter. Their relationship grew on the golf course, and now they have one in their backyard. Jill believes in enjoying every moment of this journey because God has everything under control. Jill loves to blog @ https://jillweatherholt.wordpress.com/  Her website is: JillWeatherholt.com Twitter@JillWeatherholt Facebook:  https://www.facebook.com/jillweatherholtauthor

Email ThisBlogThis!Share to TwitterShare to FacebookShare to Pinterest
Labels: Duke University, George Mason University, Jill Weatherholt, NaNoWriMo, Save it All!