The Mystery of a Sweet Lady and a Good Book


By Allen B. Boyer 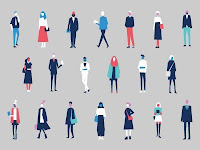 We see people every day. We pass by men and women who embody a wealth of experiences, beliefs and ideas that any writer could wrap into a character.  However, the challenge comes in taking the time to get to know people. Most writers know that it only takes one interesting person to lead to good story.  For me, Charlotte Bouton was that interesting person.

I am the author of The Dupree Sisters Mystery Series, which features two elderly sisters who live in Washington D.C.  They move easily through the social circles of the city, and occasionally use their social connections to solve mysteries.  THE BLAIR HOUSE CAT MURDER is the second book in the series.  The book has just been released.  It features a stray cat with a spot of blood on its back, love letters from an anonymous source, and a dead body.  Quite the challenge for Ruth and Charlotte Dupree to solve.

The character of Charlotte is based on a very nice woman I met named Charlotte Bouton.  While she lived well into her nineties, Charlotte and I would talk at social events.  She was always sharply dressed, with perfect hair and a gentle smile.  However, in talking to her I always noticed her sweet demeanor would change whenever the conversation turned to politics.   Then Charlotte transformed into a tough talking, hard-nosed political insider.

I learned it was an edge born from her years working in Washington D.C. back in the 1950s.  She worked in the House of Representatives as a secretary for a gentleman from New Jersey.  While there, she enjoyed her work and met many historic figures.  She spoke of being in her office when Al Gore Sr. came in to announce the birth of his son, Al Gore Jr.  She also recalled her one brush with John F. Kennedy when he entered her office complaining about a headache.  She remedied that with one aspirin, which Kennedy was grateful for.

From my conversations with Charlotte, she never hesitated to speak her mind on past and current political figures, describing some as lightweights and some as contenders.  In my mind, she was the perfect person to build a character around.

DEATH AT THE PRESIDENTS CHURCH was the first book in the Dupree Sisters Series.  I wrote this book last year for Cozy Cat Press.  The book sold very well, which led me to write a second installment, THE BLAIR HOUSE CAT MYSTERY.

Thus, my encounters with Charlotte Bouton led to the birth of the fictional character, Charlotte Dupree.  Paired with her sister Ruth, they find themselves drawn to mystery in our nation’s capital.  Whether it be the death of a homeless man on the steps of their church, or the curious connection of cat to a dead body, the Dupree sisters can never turn down a good mystery to solve.  Now you, dear reader, know the mystery behind how this series took shape.  A mystery that centers around a good woman named Charlotte Bouton. 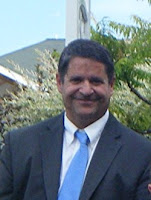 Allen B.Boyer lives near Hershey, Pa with his wife and three children. He also lives near a retirement home that he visits with his children and his dog, Buster. If you enjoyed Gumshoe Granny Investigates, please check out Bess in her second book, Clues Over Croissants, as well as Married To Mysteries, Whispers In Winter and Suspicions at Sunset. A second mystery series was begun with Death at The Presidents Church, the first installment that features two elderly sisters who use their social connections in Washington D.C. to solve mysteries. The first book dealt with the death of a homeless man. The second book in the series, The Blair House Cat Mystery, is just released. Check out Mr. Boyer's blog at: allenboyer.weebly.com/blog/allen-boyer-an-authors-blog

Email ThisBlogThis!Share to TwitterShare to FacebookShare to Pinterest
Labels: Allen B. Boyer, Death at the Presidents Church, Southern Writers Magazine's blog Suite T, THE BLAIR HOUSE CAT MURDER, The Mystery of a Sweet Lady and a Good Book