Are Your Memories Enough? 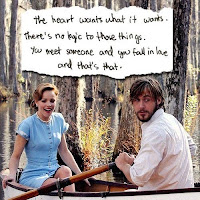 While watching one of my favorite dramas, the main character’s mentor was diagnosed with a terminal illness. They sat and contemplated his death. His mentor reminisced about his daughter who had passed away at an early age. He mentioned he was glad he had those memories to take with him. He was then asked, “Are the memories you have of your daughter enough?”

A writer without memories is a frightening thought. Our memories spark us, bring back moments of pleasure and grief.  I believe The Notebook by Nicholas Sparks is one of the best examples of a story based on memories. The spouses are at each end of the spectrum as memories go. The husband has total recall and is doing everything he can to bring those memories of their young romance back to life for his wife who is suffering from dementia. The daily ritual was him reading to her from his notebook of their memories. It was an attempt to spark her back to their romantic past prior to their passing. It is a beautiful story of love and devotion.

Those of us having had loved ones suffer from Alzheimer’s dementia are all too familiar with the pain of memory loss. Our memories of it gave us compassion toward the couple and brought us into their world. Although it was never defined in the book or movie as her having Alzheimer’s dementia, it is closely associated with it because the majority of readers identify with it. The identification is such that the movie is used as a teaching tool in the classroom and a tool for advocacy. We must remember, as for the disease, Hollywood does take liberties with the accuracy of the portrayal. But the message is clear to us all. 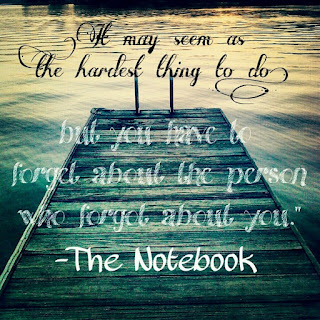 My father was stricken with this terrible disease. I remember seeing a man, who had traveled the world most of which was done so flying his own plane, sitting in a chair day after day staring out the window. He was always able to speak and seemed to come to life when spoken to. He spoke of his loss of memory and explained to you he had trouble because the Doctor had diagnosed him with Alzheimer’s. A devout Christian, at one point he said he had forgotten many things but he hoped he never forgets Jesus.

Are Your Memories Enough? I think each of us must answer that on our own. If you think not there is time for many of us to make memories. Making memories with family, friends, fellow workers and writers may be what we need. Make them and share them in your writing. My hope indeed is to be able to one day say yes.  I believe my Dad would have said yes, more than enough.

Email ThisBlogThis!Share to TwitterShare to FacebookShare to Pinterest
Labels: Are Your Memories Enough?, Doyne Phillips, Managing Editor for Southern Writers Magazine, The Notebook by Nicholas Sparks