Writing From a Deep Place-Part One 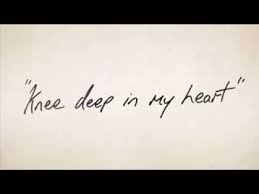 For most people the idea of writing a book begins when they are young . . .  then they never think about it again. If you are like me, the idea of writing a book never left that deep place in your heart. What does it take to be a writer? Many years ago, William Price Fox told me that if the choice were between a brilliant student with no ambition and a poor student with drive, he would always bet on the student with determination. Writing a book and being an author last entered my mind a week after Mrs. Collier’s seventh grade language arts class. That’s when I moved from Dallas to Chicago. Poof!

Fast-forward to after college. I had hundreds of ideas for novels and non-fiction books and was working on short stories, poems, novels about spies and gold miners in Alaska, all the places I’d never been and all things I’d never done. It was all apprentice work that I needed to purge myself of, all the terrible ideas and bad writing I had inside. Make no mistake, everyone has plenty of bad ideas and excessive amounts terrible writing, but the more you write the faster you move on toward the good stuff.

After about five years, I felt I had put in my time and should have some success. But I wasn’t successful—not at all. I had a miniscule amount of success, but I could barely get my name in the telephone book. Simply put, I was not getting anywhere. I would write something I felt was exciting and well-written only to hear back from an editor, “No. If you’re going to spend such effort, write a letter to your grandmother.” Comments like that! 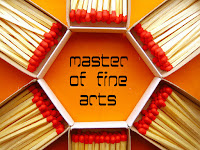 I knew they were wrong and I was going to prove it. However, one day I realized that I learn differently than other people. I very much needed to sit at the feet of Socrates and listen to him talk and speak directly to me, and provide me with personal feedback, criticism, tough love, whatever you want to call it. This is when I entered a low-residency graduate program to earn a Master of Fine Arts degree. I worked 1-on-1 with award-winning writers who critiqued my work and showed me the many errors of my ways and showed me writing technics that immediately made me a better writer. They sped up the learning curve, and before I knew it, I was a team of horses firing on all cylinders (that’s a mixed metaphor, which I love doing because high school teachers hate it). It wasn’t Socrates, but it was a close second. I worked with three wonderful poets who individually helped me become a better poet and fiction writer.

On Monday, I will continue with part two and provide my secrets to writing that work for me.

William Walsh is the director of the M.F.A. program at Reinhardt University in Waleska, Georgia. He is also a southern narrative poet in the tradition of James Dickey, David Bottoms, and Fred Chappell. He also attended Southaven High School in Mississippi. His English teach, Frances McGuffey asked him to read Steinbeck’s Tortilla Flat, who seven years earlier gave the same book to another student, John Grisham. She deserves a lot of credit because it changed his reading life and appreciation for fiction. In 2018, his new collection of poems, Fly Fishing In Times Square, will be published. Recently, his novels The Boomerang Mattress and Haircuts for the Dead were Finalists and Semi-Finalists in the William Faulkner Pirate Alley Prize. As well, his novel, The Pig Rider, was Finalist in 2015. His most recent collection of poems is Lost In the White Ruins (2014). His other books include: Speak So I Shall Know Thee: Interviews with Southern Writers (McFarland, 1990); The Ordinary Life of a Sculptor (Sandstone, 1993); The Conscience of My Other Being (Cherokee Publishers, 2005); Under the Rock Umbrella: Contemporary American Poets from 1951-1977 (Mercer, 2006); and David Bottoms: Critical Essays and Interviews (McFarland, 2010).  His work has appeared in AWP Chronicle, Cimarron Review, Five Points, Flannery O’Connor Review, The Georgia Review, James Dickey Review, The Kenyon Review, Literary Matters, Michigan Quarterly Review, North American Review, Poetry Daily, Poets & Writers, Rattle, Shenandoah, Slant, and Valparaiso Poetry Review. His literary interviews have been published in over fifty journals, and include, among others, Czeslaw Milosz, Joseph Brodsky, A.R. Ammons, Doris Betts, Pat Conroy, Harry Crews, James Dickey, Ariel Dorfman, Mark Doty, Rita Dove, Stephen Dunn, Eamon Grennan, Mary Hood, Edward Jones, Madison Jones, Donald Justice, Ursula Leguin, Andrew Lytle, and Lee Smith. **Mr. Walsh, photo is the work of  Karley Harmon

Email ThisBlogThis!Share to TwitterShare to FacebookShare to Pinterest
Labels: Georgia, Reinhardt University in Waleska, Speak So I Shall Know Thee: Interviews with Southern Writers, The Boomerang Mattress, William Price Fox, William Walsh, Writing From a Deep Place-Part One