How I Began Writing 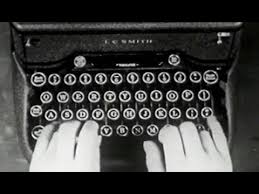 I always wanted to write and began working on a novel (working title: The Scare Was Passed On) in 1973 when I returned from Vietnam. It was a story about a young boy (me?) growing up in Brooklyn and Long Beach, NY, in the 40's and 50's. The original story told how his close family fell apart when the maternal grandmother died. I completed approximately 300 typewritten pages, and carried them with me until I retired in 2011. At that time, I decided to finish the novel and dedicate it to my grandson to let him know what it was like when his grandfather was growing up in Brooklyn.

The novel changed much in the revision. The story of the family dying when the maternal grandmother died was still there, but it was only one of three themes in the new novel. The other two: the conflict between a strong mother and a son trying to find his way in life, and the developing love interest between the hero, Little Brian Farley, and a Puerto Rican classmate, Anita Sanchez. This friendship was not acceptable to the boy's Irish-German mother. 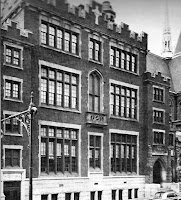 There was a young, pretty Puerto Rican girl in my class in grade school, but I could not remember her name. We were friends, but no more than that. My wife and I bought a house in Florida in 2013, and I came down four months before my wife due to different closing times. I brought everything of value to me with me when I drove down. When my wife finally arrived, she brought a box of my keepsakes that I had forgotten. In that box were my grade school graduation booklet from St. Augustine's School in Brooklyn and the autograph book from eighth grade. 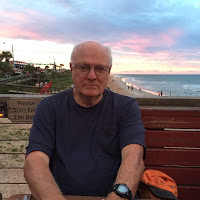 Jim Farrell moved to Florida in June of 2013. After arriving, he completed his first novel, Brooklyn Boy, a semi-autobiographical novel about a young boy growing up in the 1940s and 1950s in Brooklyn and Long Beach, NY. Jim published a second book, a collection of short stories, Kiss Me, Kate and Other Stories. KMK is set in a variety of locations and illustrates the depth of the human spirit, the importance of laughter and the miracle of love. Bill Reynolds, columnist for the Providence Journal, recommended the book in one of his columns. His other books include: The Extraordinary Banana Tree, Mikey’s Quest for Father God,  The Barge of Curiosity, and The Committee and Other Stories. Jim is a member of the Florida Writers' Association, and has published a short story in their magazine. He also published a short non-fiction piece in The Sun, a literary magazine published in Chapel Hill, NC. His books are available on Amazon and Barnes and Noble. They are also available in the Flagler County Library in Palm Coast, the Flagler Beach Library, the Deltona Library, and the Volusia County Library.

Email ThisBlogThis!Share to TwitterShare to FacebookShare to Pinterest
Labels: and The Committee and Other Stories, Brooklyn Boy, How I Began Writing, Jim Farrell, Mikey’s Quest for Father God, The Barge of Curiosity, The Extraordinary Banana Tree