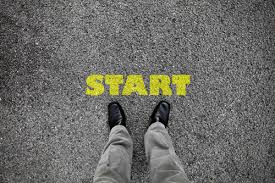 Those first steps in any endeavor can be the hardest. You have to wonder can I do it. Should I even attempt doing it? Am I good enough, strong enough, smart enough, and brave enough? You might not think it takes courage to write the first words of a story. After all, it’s not exactly mountain climbing. You’re not jumping out of an airplane. Not that I’d ever have courage enough to actually jump out of an airplane.

But writing that first sentence can be a leap of faith with the hope a parachute of words will take you from that first jump into story to a landing that will satisfy both you and readers. At least that’s true for a writer like me who doesn’t plot out the whole novel before I begin. Instead I have my characters and the story background with a distant target many words away. Then I put my fingers on my keyboard and hope those characters come so to life for me that I will be able to share their stories.

So what I need at the beginning is simply the courage to take the first steps–to type that first sentence and have faith that the next sentence will slide along in place behind it. In my recent release, These Healing Hills, set in the Appalachian Mountains, one of the characters worries over what his future holds and remembers his father’s advice. What was it his pa used to say when Ben started worrying a problem like a dog licking a sore? You don't have to know the last step. Just the first one. You and the Lord can figure out the rest of it on the way.

That’s how I need to be with my stories. Take the first step with courage and then trust that, with the Lord’s help, I’ll figure out the rest of it on the way to the end.

You would think I wouldn’t lack courage or perhaps a better word might be confidence after writing and publishing over thirty books, but each book is a new beginning. Each book requires a new first sentence, a new set of characters and a new story. So every time I type Chapter 1, I have to gather my courage to begin while I cling to the hope my characters will spring to life and inspire me with the necessary creative energy to get to the end. 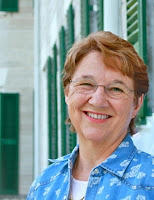 ANN H. GABHART, the bestselling author of over thirty novels, has been called a storyteller, not a bad thing for somebody who grew up dreaming of being a writer. In addition to her popular Harmony Hill Shaker novels, Ann writes about family life in novels like Angel Sister and Love Come Home as well as cozy mysteries (as A.H. Gabhart) set in small towns like the Kentucky town where she grew up. These Healing Hills is her first novel with an Appalachian Mountain setting. She and her husband have three children and nine grandchildren and enjoy country life in Kentucky. Contact Information and Social Media links:
Website – www.annhgabhart.com
Facebook Author Page – www.facebook.com/anngabhart
Twitter - https://twitter.com/AnnHGabhart
Pinterest - https://www.pinterest.com/annhgabhart/
Goodreads - https://www.goodreads.com/author/show/311723.Ann_H_Gabhart