Writing and the 20 Mile March 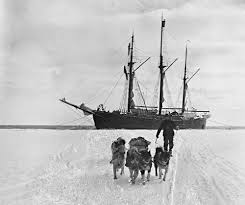 The 1910 race to be the first to reach the South Pole is a fascinating, tragic, and profound story. Roald Amundsen, a Norwegian, and Robert Falcon Scott, an English explorer, started at separate points on Antarctica. The weather conditions were the same for both teams, though their methods to reach the Pole were radically different. And so were their results.

Scott’s large team used a variety of animals for hauling; Amundsen’s team had five men and used only dogs to haul. Scott gathered scientific information about Antarctica, Amundsen had only one mission on his mind: to reach the Pole first. Scott took over 2,000 photographs, Amundsen took ten, and only after he reached the Pole. Scott took advantage of beneficial weather to make greater daily gains, Amundsen’s team marched 15-20 miles per day and then stopped, no matter the weather conditions. Scott pushed his team over ten hours per day when weather was good, but rested in their tents on stormy days. Amundsen stopped his team after five hours, insisting on rest and recuperation for his team.

Scott, one might think, would have been the first to summit. Yet Amundsen reached the South Pole first, stuck in his flag, and set off on a successful return journey. Two weeks later, Scott finally arrived at the Pole, exhausted, discouraged, resources depleted. On the return trip, his team died of starvation and exposure. To heighten the tragedy of their death, they died within fifteen miles of a cache of food.

Mindful of oversimplifying Amundsen’s “20 Mile March” concept, and not to dismiss Scott’s heroic efforts, there is much to learn from these two explorers. Amundsen, in particular. To reach a goal requires faithful, consistent discipline, but it also requires rest and recuperation. As a writer of multiple books, I’ve adopted the 20 Mile March method and have found it to be the very best way to write a book. The very best way. 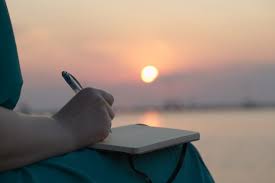 My writing schedule is rather rigorous: I write three books a year. I’m up early in the morning. After coffee and Bible study, my first goal is to reach my daily word count. No matter what. When I reach it, I stop. Doing so allows me to step away from the computer, protects my hands from dreaded repetitive wear, provides margin for a sick day or unexpected circumstances, and gives my mind time to think and plot without stress. It helps me have balance in my life, and leaves energy for my other responsibilities. Using this method, I do finish manuscripts, slowly, steadily and well ahead of the deadline.

There’s no easy short cut to reach a difficult goal, but Amundsen’s South Pole expedition showed us a way to increase the odds for success and make it to that finish line (completing a manuscript!), whole and healthy.

Suzanne Woods Fisher’s interest in the Amish began with her grandfather, W.D. Benedict, who was raised Plain in Franklin County, Pennsylvania. Suzanne has a great admiration for the Plain people and believes they can provide wonderful examples to the world. But she’s not implying they’re perfect, or hold a secret to life.  In both her fiction and non-fiction books, she has an underlying theme: You don’t have to “go Amish” to incorporate many of their principles–simplicity, living with less, appreciating nature, forgiving others more readily, trusting in God–into your life. Those are values that can be sought and reached by all of us.When Suzanne isn’t writing or playing tennis or bragging to her friends about her grandbabies (so cute!), she’s volunteering with puppies for Guide Dogs for the Blind. Suzanne can be found on-line at:  www.suzannewoodsfisher.com   https://www.facebook.com/SuzanneWoodsFisherAuthor
https://twitter.com/suzannewfisher