What Makes a Good Book Great? 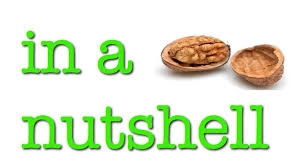 As author’s we’ve all heard the advice, “Show don’t tell.” In a nutshell, that’s what makes a good book great. By showing the reader through dialogue, smells, sights and sounds, we intrigue their senses. We show them, like scenes in a movie what is happening in the plot of a story. The goal is to capture them in the first few pages and then engage them to want to read on.  As a writer, if you don’t capture your reader within the first few pages, you are done. If there ever is a pause in their reading, an excuse to put the book down, they may never again pick it up.

According to award winning writer Jack Woodville London, who serves as the Director of Education for the Military Writer’s Association, a great book is filled with good chapters.  A good chapter is like a bad treasure map. It will lead you through uncharted territory. Yet, at the end, it will not yield the treasure—it will just make you want to continue the search.
How do author’s make this happen?  By understanding the mechanics of writing. There is a symbol that characterizes every great book.

All great books follow this format.  Beginning, middle, end – it is that simple. In the beginning, the protagonist is introduced.  In the symbol above, that is the brief upward swing.  Notice the word brief.  Don’t bore your reader with a plethora of over explanation. Keep your writing succinct and meaningful.

Within the first few pages, a tragedy, crisis, or problem occurs. That is represented in the symbol by the long, swift, downward spike. That event captures and hooks the reader, making them want to find out how the protagonist overcomes this obstacle. This part of the book provides the premise for your plot.

The middle consists of a series of wins and losses. Just as the reader thinks the protagonist solves the problem, another issue occurs. This up and downward of peaks and valleys as seen above produces conflict. All great stories and dramas need conflict. Without it, writing is just a collection of bland words. The tension builds in an upward fashion throughout the story propelling the reader onward. These struggles, which make up the various chapters should move the story forward.  The author should ask themselves what is important about that scene. If they don’t move the story forward, they are simply not needed.  This is the key to good writing – progression.

The end, or denouement, is represented in the symbol as an upward flourish. It is the final resolution of the intricacies and struggles of the plot. Most of the time, with a happy ending. Not all dramas end with a happy ending, but in some genres, such as romance, it’s a requirement.  Make sure as an author that you stay true to your genre, whether it be romance, mystery, thriller, or fiction. 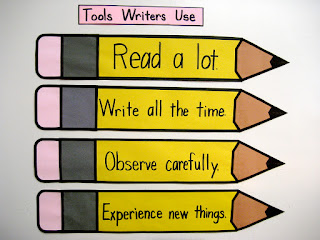 Writers can always write. But good authors educate themselves on the tools of the trade.  You can accomplish this through writer’s groups, attending conference, or reading actual books on writing.  Here are several examples: A Novel Approach: To Writing your First Book, The Action Hero’s Handbook (Or  Your Best One)

A Novel Approach gives the author a foundation of do’s and don’ts for a book. A short and easy to understand step by step guide. In The Action Hero’s Handbook, the twelve plots points of any good action adventure story are outlined. Did you enjoy The Lion King or Mermaid? Disney is a master of using this technique.

More information and tricks of the trade for writing can be found online, including some tips on my own blog www.jeanettevaughan.com  Don’t get too bogged down with the process. Practice makes perfect.   Take time for yourself to put things down on the page. Get the story out, then get it read by beta readers in a writer’s forum or group. Not your family, friends, or future publisher. Polish it until it is ready for prime-time. 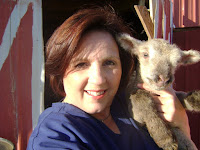 Jeanette Vaughan is an award winning writer and story teller. Not only is she published in the periodicals and professional journals of nursing, but also in the genre of fiction. Out on her sheep farm, she has written several novels and scripts. Her screenplay "Angel of Mercy" won the outstanding nursing research award from Texas Tech University Health Science Center. In addition, she was named Distinguished Alumni for the school of nursing in 2001 for her written work and volunteerism for the Sydney Olympic Games. Her debut novel FLYING SOLO won fourth place in the 2013 Reader's Favorite International Book Awards for southern fiction. FLYING SOLO also was a finalist in the Beverly Hills Book Awards. Her second novel, SOLO VIETNAM was awarded the silver medal for historical fiction by the Military Writer's Society and also received fourth place in the 2014 Reader’s Favorite Book Awards. The finale to the trilogy WAITING IN THE WINGS was published in 2014. Jeanette has practiced nursing in the fields of critical care and trauma. A patriot and devoted to supporting our U.S. military, she is the mother of four children, including two Navy pilots. She lives in a Victorian farmhouse out in the pastures of northeast Texas with her sheep, chickens, donkeys and sheep dogs. Watch the book trailers at:   http://www.bit.ly/OOxATD  and http://www.bit.ly/YpPz4B
Get your signed copies today from:  www.ageviewpress.com