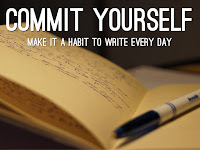 Sometimes writers just don’t want to commit. Living with the same characters for a year or two or even longer seems daunting.  In fact, writing an entire novel is like marrying. You have to be in it for the long haul, for better or worse.

If you aren’t quite married (pun intended) to your idea for a novel or don’t have long stretches of time to write, penning a short story is a fun way to delve into a topic and create characters you may not necessarily want to live with for the long term.  I like to think of spending time on short stories like dating.  You and your characters can have some fun together, experience some highs and lows, and after a while, you can terminate your relationship and move on.

However, being in this short-term “relationship” instead of a long-term one requires switching gears. With novel writing, you have more time to spend setting up your story and characters, and every chapter leads into the next one.   For example, a chapter in a book might end like this: “I heard a scrape against the porch. Could it be Drake?” Hopefully, the next chapter will tell us more and lead us forward in the plot.  On the other hand, a short story ending should feel like the ending of the tale, and there is no more to come.

Since a short story has a much smaller word count, fewer characters will populate your fictional world. These characters don’t have a lot of time to dilly-dally. Characters need to target their actions. For example, in my story “Backyard Messages,” we immediately find out that one of the main characters believes seeing an owl can bring good luck, and her sharing this with her boss drives the story.

In addition to providing a break from a longer work, writing short stories gives a writer the opportunity to explore different points of view, settings, and themes, and a chance to play with structure.  When finished, you’ll enjoy the satisfaction of completing something quickly. Moreover, if you decide the story isn’t working and needs to be shelved, you haven’t wasted a year or two of your valuable time. 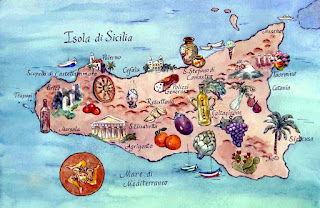 As for me, all these reasons for a short-term relationship appeal, but the main reason is was when I see something really odd or funny; I have to write about it. Thus, “Erice,” set in Sicily and featuring two empty nesters, came about when my family and I wandered through the cobblestone streets of this medieval town. I spotted a sign for an interplanetary disaster conference.  The odd juxtaposition of ancient and modern made me laugh—and fueled my creativity. 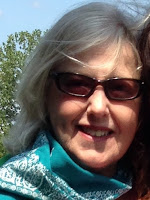 A native of Chattanooga with strong roots in North Georgia, Janie Dempsey Watts studied journalism at the University of California, Berkeley (B.A.) and at the University of Southern California (M.A.) Her curiosity about most everything led to a writing career. She writes both fiction and non-fiction. Her stories have been published in literary journals, magazines, and anthologies. The Wisdom-Faulkner Writing Competition named her short story, “Erice,” as a finalist.Her new short story collection, Mothers, Sons, Beloveds, and Other Strangers (Bold Horses Press, 2017), features 15 tales set in the South, California, and Europe. She also wrote two novels set in a fictional North Georgia town, Moon Over Taylor'sRidge (2012) and Return to Taylor’s Crossing (2015).  Please visit her at: www.janiewatts.com, or at her author page, https://www.facebook.com/Janie-Dempsey-Watts-307003082668494/.