HOW, WHY AND WHAT I WRITE

I am a published author. Wow, I never get tired of hearing, writing or saying that. The only thing I wrote for thirty five years was advertising copy. When I retired, I started writing humor columns and doing cartoons to go along with them for a few of publications.

I was usually given a theme for each issue and I would write something I thought was humorous that would fit. I eventually joined a local writers group and started writing humorous contributions for their anthologies and other publications.

Someone in the group suggested I write something for Chicken Soup for the Soul. I wrote about my experience with cancer back in 2007. I included my usual stab at humor and sent it in. They actually included it one of their books.

As a result of this, I was interviewed on local radio and television. As I shared all the things I was involved in, one of the hosts asked me if there was anything I haven’t done that I would like to do. I said all writers would like to write a book. I had never really thought about that before, let alone said it out loud.

I mentioned this at our next writers meeting and announced my intention to write a parody of The Maltese Falcon and call it The Maltese Chicken. This got laughs, but my friend who suggested I write for Chicken Soup told me I should write a serious crime novel. Then she gave me a book on writing PI novels. I read it and I was hooked. 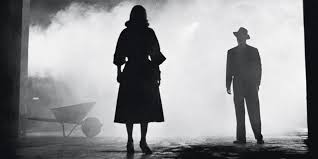 I grew up watching old black and white film noir crime movies at our neighborhood movie theatre and I still watch them on television. I like reading crime novels but some of them are not written very well. I thought I could write this stuff, and maybe even better than some of these guys.

One night, as I lay in bed, my brain wouldn’t shut off, and Peter English, PI was born, along with The Frame, a crime novel set in Memphis, TN during the 1940s, right after WWII. Three months and 83,000 plus words later, I had written my first novel. I think Sam Spade, Phillip Marlow and a few other pulp fiction and movie detectives would approve.

The Frame is available on Amazon in print and on Kindle. I just finished Murder on the 13th Green, my second Peter English, PI novel. Tomorrow I start on The Main Street Murders, the third novel in this series.

Nick Nixon is a native of Memphis. He was educated in public schools and Memphis State University, where he studied art and journalism. He owned and operated Nixon & Associates, a graphic design firm, for 35 years. He started his writing career in 2010, writing humor columns, sometimes including some of his cartoons, for various publications. Nick said he is most proud to have been published in Chicken Soup for the Soul.  After retiring form a career in advertising, Nick Nixon began writing crime fiction, inspired by his love of old black and white film noir crime movies of the 1930s, ‘40s and ‘50s. THE FRAME, his first novel in a series Peter English, PI mysteries, set in Memphis, TN during the 1940s, is available on Amazon. MURDER ON THE 13th GREEN, the second in this series is being edited, and he is now writing the third book, THE MAIN STREET MURDERS. He is already working on The Main Street Murders, the third novel in this fictional series.Nick has illustrated books by other authors and is now illustrating a series of children's books he wrote. He said these stories were inspired while reading to his grandchildren. His Social Media Links are: Facebook: nicknixon,author  Blog: nickwits.blogspot.com  Twitter: NickNixon@nick_nickwits
Website: nicknixonauthor.com e-mail: nickwits@gmail.com

Email ThisBlogThis!Share to TwitterShare to FacebookShare to Pinterest
Labels: HOW, MURDER ON THE 13th GREEN, Nick Nixon, THE FRAME, WHY AND WHAT I WRITE