Writing in the World of Magical Realism

I've always been interested in "the other"--the things, people, and places, just slightly out of the ordinary.  My grandmother used to say, "She’s just one step up and to the side" when referring to her cousin, who she claimed was a bit fey. I like people who are a bit fey but that could be because I am one. This is all part of what led me to write my book, The Witches of Half-Moon Island.

I was ten when I discovered two gravestones on the property connecting our land with the neighbors. A husband and wife had rested there for over eighty year before I stumbled upon them.  I amused myself for years wondering about that couple--what they looked like, where they had lived on the land and how did they die? Did I walk over land they had walked on? I wanted to push back that veil and step back in time to see for myself. Writers file away these incidents in that special brain-drawer and they floats to the surface when needed. Okay, maybe we are a little fey. I hasten to add I'm using the definition of fey as whimsical, other worldly and mysterious, not the Scots and British slant...being in high spirits preceding death. Though I've seen that with my own eyes too. That's another story.

Some years ago I lived in Charleston, South Carolina for about six months.  It's a town so steeped in history and romance that one must be devoid of imagination to resist its charm and not feel and hear the spirit of the place. I fell in love with Charleston for the same reasons that I love Savannah. I was and still am, enchanted by all those outer islands from Charleston to Savannah that sit out there in the ocean, near but apart, kind of the same but different.  While my friends wondered about the people lucky enough to live on those islands in the present, I wondered about those who had settled there long ago. That wondering led me to my book.

My imagination allowed me access to a mythical island off the coast of Savannah. I populated the island with Native Americans who were struggling to control their rogue medicine man who was getting too acquainted with the dark arts. I added a community of witches who had escaped persecution in England. Yes, I was asking for trouble. The medicine man's fear and hatred of the witches became so strong (you'll have to read my book to find out why) that as he lay dying he cursed the witches and their descendants yet to be and vowed to return and destroy them.

When the story picks up in modern day we find the witches, all but one, have let their powers go stale as they tried to fit in with modern times and the people who had come to the island over the years. It is up to this modern day group of women to contend with the spirit of this medicine man when he returns. The fight for their island and their very lives, brings a family back together, and brings Anna, my main character, some enormous challenges. 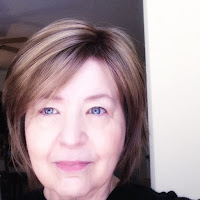 Vickie Carroll is a published author of short stories, essays and articles who lives in an Atlanta suburb. Her recent book-length fiction efforts produced two books. The Witches of Half Moon Island will be released via The Wild Rose Press in late spring or early summer if all goes well. Her next book, The Ghost of Kathleen Murphy, has been submitted and she has high hopes some editor will love it. While both books are various stages of being born, she is back to the computer and working on Murder at the Peach Blossom Inn. Alas, no ghosts or witches, just a murder or two.  She reports being called Mrs. King now and then due to her dark subject matter. She does not mind at all.

Email ThisBlogThis!Share to TwitterShare to FacebookShare to Pinterest
Labels: Murder at the Peach Blossom Inn, The Ghost of Kathleen Murphy, The Witches of Half Moon Island, Vickie Carroll, Writing in the World of Magical Realism