Authors, Are You Into Webinars? 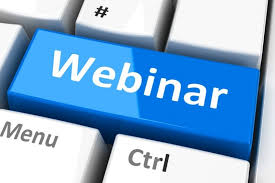 I've had it with the non-stop email solicitations wanting to help me sell books. Of course I need to know how to better market my books! So I try to keep up. But, frankly, it’s not easy, figuring out which “Help Offer” is going to help me.

I've been on at least two dozen "How to Successfully Market Your Book" webinars. Some even charge $!  (I've found a few that don't charge, yet offer good insight. Like Joan Stewart's The Publicity Hound.)

I sign up for what looks good. Then comes the pitch. Most give good ‘free’ info then go through the same routine to up-sell you on their programs. "It's worth $2,000. But if you buy today… only $297."

I know I need to learn. So I wade through them all. Some are outrageous.

Maybe you've also plowed through the plethora of "Let Me Help You" sites? I get six emails a week, and yes, I'll admit, I check 'em out. Why not? I'm trying to figure out how to sell a few books when 727,125 ISBNs were assigned to self-published authors in 2015 .That's right. 727,125 in one year alone, and that’s just to self-published authors. Look it up on Bowker.
Authors, the competition is daunting. But good work will win out in the end.

If you’re contemplating your first novel, please, stop and ask yourself. “Am I doing this so I can tell my family and friends that I’ve written a novel?” If that’s your subconscious speaking to you, please, re-think this. So many “first novels” come on the marketplace that haven’t even been edited. Result? Family and friends who read them become so disillusioned by all the errors, grammatical mistakes, plot snafus, and unexplainable dialogue that they may never pick up a new author again. They go back to the same celebrity authors, leaving new, serious authors in the wake of anonymity. 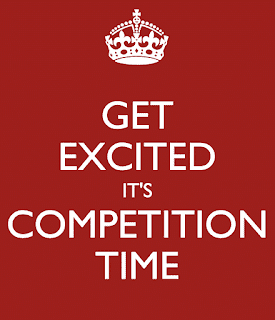 My college roommate went to New York to become an actor in the 70s. He later told me, "Michael, for every audition I went to, there were 3,000 actors as qualified for that role as me. Not all 3,000 showed up, but the hardest-working ones did. There was just too much competition."

Writing a 75,000-word book is hard work. If you’re not willing to hire a professional editor, why write it? And if it’s going to be the only book you ever write, why bother?

Meantime, I'll keep wading through the webinars and try to make sense of this industry. Maybe somebody should start a “Ranking Profile” of these webinars.

Michael Hicks Thompson was a successful ad agency owner, winning numerous national and international awards. After selling his firm in 2011, Michael turned his attention to full-time writing. His latest novel is The Actress and he also authored The Rector, available on Amazon in print, on Audio Book, and Kindle. Two graphic novels on the life of David from the Old Testament–DAVID–The Illustrated Novel came first. (Volume 2-won first place BEST GRAPHIC NOVEL and BEST INTERIOR DESIGN, 2012, from USA Book’s INTERNATIONAL BOOK AWARDS. Volume 1 won the Silver IPPY for Graphic Novels in 2011 from the Independent Publisher Book Awards.) Next was a sci-fi thriller (CLOUDS ABOVE) that was serialized in a monthly magazine for a year. (Out in book in 2016.) Michael writes Christian novels that entertain, intrigue, and shine a light on his Jesus. He’s a member of the ACFW, Mystery Writers of America, The International Crime Writers Association, and the Southern Writers Association. Visit his website, www.michaelthompsonauthor.com to learn more.
michael@shepking.com Can book trailers be as riveting as movie trailers? Let's see:
https://www.youtube.com/watch?v=ehb0cDbeozE