Inspiration can come to writers in many forms that have included current events, family, memories, friends, and even music, but reading other writers can also trigger stories you need to write. All of these influenced my new novel Drifting too far from the Shore and in very different ways. The title was influenced by the gospel song that I heard sung by Dolly Parton and Porter Wagoner on YouTube, my main character’s name came from two of my great grandmothers, tragic real-life events were included in the narrative, and memories of the Southern place where I grew up are woven into the narrative like a patch-work quilt.

Writing is best done when motivated and creative juices are flowing, or one might find himself staring at the computer screen. I write early in the morning after a couple of cups of coffee before anyone is awake and even on weekends. I love what I do, so it’s not really work. It’s more of a calling, but I don’t write every day. Some days, I read or watch television and those activities, too, can generate ideas.

Young people always want to know if writing pays well, and I tell them, “absolutely,” just not monetarily unless one hits it big like Stephen King or John Grisham. I never took up writing for money because I simply had to write. A writer friend of mine used to say, “Don’t give up the day job.” Truthfully, I probably couldn’t pay one house payment with what I’ve made from writing.
In the beginning, I got mad when I got rejections, and there have been hundreds of them. Even after three books, rejections still come when I submit stories. It’s not personal. It’s just that sometimes stories don’t fit a particular journal or magazine and often writers may not know that in advance of submitting. Keeping a positive attitude, and saving those rejections, can be motivational. I wrote two novels that were never published and hundreds of poems that were lost. From the novels, I got one story! But I never gave up.

Editing and rewriting are an important process of writing. I read everything I write out loud to my wife. She doesn’t always want to hear it and she sometimes doesn’t like it, but she reads a lot and I think she knows what is good and isn’t. Reading out loud to her allows me to “hear” mistakes, areas that need to be rewritten or things that don’t sound natural. I might not get that if I just read it silently to myself. I edit multiple times before I finally send a submission off, and even then, it’s not perfect. I don’t believe in perfection, just movement in that general direction. I do get discouraged, though, when I see excellent writing passed by in favor of some pretty shallow reality TV shows.
_______________________________________________________________________ 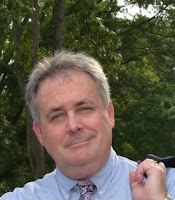 Niles Reddick’s newest novel Drifting too far from the Shore has been nominated for a Pulitzer. Previously, his collection Road Kill Art and Other Oddities was a national finalist for an Eppie award and his first novella Lead Me Home was a national finalist for a ForeWord award. His work has appeared in anthologies Southern Voices in Every Direction, Unusual Circumstances, Getting Old, and Happy Holidays and has been featured in many journals including The Arkansas Review: a Journal of Delta Studies, Southern Reader, Like the Dew, The Dead Mule School of Southern Literature, The Pomanok Review, Corner Club Press, Slice of Life,  Faircloth Review, and many others. He works for the University of Memphis at Lambuth in Jackson, Tennessee. His website is www.nilesreddick.com and on
https://www.facebook.com/niles.reddick.9