Negative Reviews of Your Favorite Authors Can Improve Your Writing 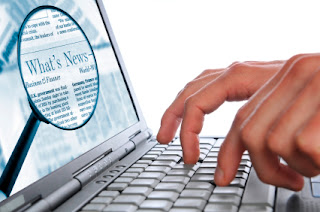 I was skimming book reviews of some of my favorite authors recent reviews. It struck me that instead of focusing on the negative reviews to take the information and consider for your own writing if you agreed with the reviewers assessment.

Using your favorite authors' bad reviews could improve and strengthen your own writing by incorporating suggestions for your current writing.  I suggest passing over bad reviews that are strictly "hate" pieces, without any suggestions for real improvement. I go to to the second page of reviews and on right side is the "top critical reviews" which provide the most insight and offer suggestions for improvement. Be sure to click through the comments of the critical reviews, for more readers' comments to the critique. I do not consider any comments, when a review discloses they received a copy of the book for free. Only readers who bought the book and have some "skin in the game," in my opinion, are genuine.

Below are actual reviews from Amazon of traditionally-published New Times Best Selling authors. You can learn a lot from a favorite author's bad review.

"I have been a fan of xxxxxxx since I read the first book many years ago. I have enjoyed them all. But the latest book was a huge disappointment. To me, the writing simply felt tired. The characters were flat, the plot was thin, the dialog was dull and the suspense that I have come to expect in the XXXX  books was non-existent. I'm usually empathetic with the heroine but this time I found her to be somewhat annoying and childish. The supporting cast was poorly developed and, frankly, I wasn't all that interested in them. I agree with another reviewer that the addition of xxxx and XXXX  was a surprise. They have never been favorite characters of mine and their presence in this book seemed out of place, almost to the point of being unnecessary."

"Overall, a disappointing read. There are two "mystery" storylines in this book, but they don't connect so it isn't very clear why both exist. One of them turns on the thinnest of plot devices (a character suddenly remembers something he forgot). The heroine's actions seem quite improbable at times--she withholds evidence from the police, tampers with evidence, and puts herself in danger in way hard to believe. The author seems to want to focus on anything quirky or controversial and often takes things out of context."
"I liked xxxxx for an interesting and clever plot, so I tried this effort by the same author. Unfortunately, this suffers from poor writing, bad editing, hackneyed plot devices and more. Sorry, but I cannot recommend it at all. First, the editing looks more like a single pass from a spell-check rather than a genuine edit. "Their" used instead of "they're", gender pronouns mis-assigned, tense errors and the like pop up throughout. Minor plot devices show up and then seemingly are forgotten, left unresolved. At the end of the book, the author seems to have written the protagonist into a corner, and has to assign an esoteric skill to allow the hero's escape. Then the author has to go back a hundred pages and insert a single phrase referring to this odd skill with no other explanation or reference, kind of an afterthought resolution. This feels like something knocked out over a weekend with little or no review or rewriting. By the way, xxxxxxxx had many of these same flaws to a lesser degree, but it was premised on a very clever concept which the author made work in spite of the minor glitches." 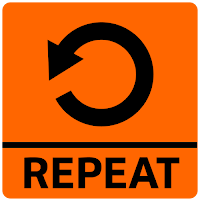 "The author has a tendency to repeat himself in small ways which I found annoying. An editor is needed badly. Two examples. He states within the same page that it is hot and humid for December. On one page he says he slept until noon saying he has never slept that late and on another page he sleeps until 8 saying he has never slept that late. This book should have 3 1/2 stars but I bumped it up because I truly liked xxxxx and will read the next book - I just hope someone proofreads it."