The Ins and Outs of Writing 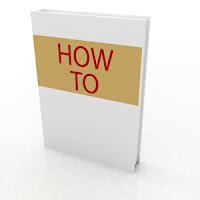 I was taken aback when my publisher asked me to prepare a how to manual on writing. My whole writing career was a complete surprise to me.

Always a lover of words and books, I was exposed to them early, as my dad was a children's book publisher, so, I never lacked for reading material. Through the years, I had played around with writing, penning stories and short books, mostly for my own amusement, and when I landed a writing job on the Junior High School newspaper, I was overly delighted.

Time out for rearing my children and I wanted to get back into the creative world once again, so, I submitted an article to our local paper. They liked it, and asked me to do another, then, another, and before you know it, I was writing a regular newspaper column.

My first book came about quite by accident, because I had this story running around in my head, couldn't sleep because of it, so, I put it down on paper. One thing led to another, and it was so well received, I did another one, and before you know it, I had written an entire mystery series of nine books, plus put out two compilations of my more humorous newspaper and magazine articles. At the moment, I write for two newspapers, six national magazines, I’m midway through my 14th book, and have even done some teaching of writing.

Jan McCanless is a free lance newspaper columnist with 13 books to her credit, and one in progress. She lives in rural North Carolina, is a retired high school teacher with 3 children and nine grands. Listed in WHos WHo as a premier Southern Humorist, she has won the Mother Vine award for her first compilation of Humor columns, entitled  Wyatt Earp, GAP Pickles, and Thoughts of Home. Named a woman of the year in Rowan county years ago, she was also a candidate for International Woman of the year by Traditional Home magazine, and nominated for the 9 who Care award in Charlotte. She loves writing,and has enjoyed the reviews and plaudits she has acquired for her Beryl's Cove murder mystery series. Stories she calls, her happy murders, they are humorous, character driven plots,and will invoke memories of Mayberry RFD and Murder , She wrote.  She has also written a manual for beginning writers called The In$ and Out$ of Writing for Money Currently writing book no. 14, the 9th in her series, contact Jan at www.janmacbooks.com, or janmccanless@aol.com   Her books are avialable from amazon.com, Barnes and Noble, and book sellers around the country. Go to her website for a direct link to purchase one of this award winning, best selling author's books. My social media: contact pete.ramour.101613@comehangwith.us  he maintains all social media for me.

Email ThisBlogThis!Share to TwitterShare to FacebookShare to Pinterest
Labels: and Thoughts of Home, GAP Pickles, Jan McCanless, Southern Writers Magazine's blog Suite T, The In$ and Out$ of Writing for Money, The Ins and Outs of Writing, Wyatt Earp