When Things Are Not As They Seem 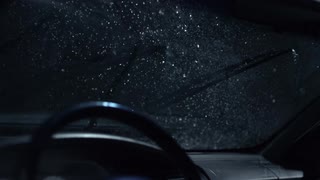 Once a friend telling me of one of his adventures began with, “I was awakened by the sound of rain on my windshield”. You would immediately think he was in a car asleep and the rain woke him up. I could not help but wonder, where were you when you fell asleep in your car? Another question was whether or not the car was moving? Were you asleep at the wheel? All are legitimate questions which he had easily brought up with one phrase. In other words he had my attention.

He went on to tell me he looked up and discovered it wasn’t rain at all. If not rain what was it? Again he had me! What could possibly be confused with rain? He went on to say it was very high grass that was growing along the side of the road. He had fallen asleep while driving and was plowing through the grass. It was hitting the hood and windshield of his car and sounded like rain. I am now thinking there is more to this story. He had me.

My friend is not necessarily a great story teller but he had done a great job with the beginning of this on. He had me realizing early on things were not what they seemed. He did so by simply stating what seemed to be his reality. Asleep, awakened by the rain, the realization is was not rain then the realization of his plight. This could also be a great lesson on the statement, “Perception is Reality”. His reality was changing moment by moment.

In a story like my friends a writer could follow his lead and use his perception of reality and the corrections made along the way. I favor this method because it goes along the lines of story- telling and I love a great story. Tell it from the perception of the characters. There is opportunity to get that perception from opposing characters with opposing realities. Then you can change their perception as many times as you want until we all come to the reality of your story.

Now back to my friend’s story. The reality of it is he had partaken in a few drinks with friends, fallen asleep at the wheel, ran off the road but was able to jerk the wheel and ended up back on the road in the opposite direction without any damage to himself or his car. Upon returning to the road and coming to a stop he realized a State Trooper had been following him and was now parked in front of him nose to nose. Now that is reality and it was as it seemed.