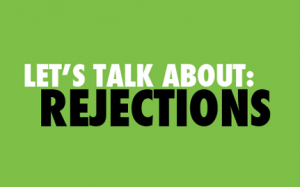 Okay, no one likes rejection in any form by anybody.  When a writer gets a rejection letter this is what they hear:

…We refuse to accept your writing it isn’t good enough.
…We are turning you down because we think you can’t write.
…Who do you think you are?
…What gave you the idea you could write?
…Don’t bother us again.
…This is garbage.

When you received a rejection, is this what you heard? For most writers this is a definite low point.

I have to tell you, if you’ve had your writing rejected, you are in good company.  On the website http://www.litrejections.com/best-sellers-initially-rejected/  I found the following:

J. K. Rowling, 12 rejections until an eight-year-old daughter of a Bloomsbury editor demanded to read the rest of the book. They said she had little chance of making a living in children’s books. Harry Potter and the Philosopher’s Stone spawned a series with record sales.

Dr. Seuss was told his work was too different and wouldn’t sell. Over 300 milliion sales.

Zane Grey was told, “You have no business being a writer.” Over 250 million copies of his books in print.

Kathryn Stockett, 60 rejections on her book The Help.

Well, as you can see, quite a few well-known authors have been rejected yet they persisted and went on to be top selling authors.

To see more authors became successful in spite of the rejections, you can check out this site: https://www.authors.me/best-selling-authors-who-were-rejected/ .

The secret is to recognize rejections happen. We don’t have to like them, but we should not let them stop us for writing and sending out.

Persistence is the key. If you look at the writers above, who all received rejections, they didn’t let those rejections stop them. 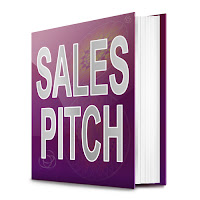 Years ago when I started out in sales, they taught us to call twenty-five companies and present our sales pitch. Out of these twenty-five, we would receive three who would be interested and out of those three, we would get one sale. In other words, one sale for every twenty-five calls.

It takes a lot of effort to be successful whether you are a writer or in sales or any profession. But it is definitely worth it. Ask Stephen King! He was rejected thirty times before Carrie was published.