Art Linkletter used to say, “Kids say the darn-dest things.” A few years ago, when I decided to write a novel, I asked myself, “What on earth could I write a novel about?”

Within a very short time, a confounding idea popped into my head, only a phrase actually. “Gunfight at Hyde Park.” I knew it was something from an obscure history lesson from my hometown in Kansas, something I learned about in fifth grade. I had to Google it to re-learn the details.

Honestly, I hadn’t thought about that history lesson in probably fifty years. I remembered nothing about it, except that phrase. How in the world can I work in a story, to include the beginning of a series of gunfights over a ten–day period that killed and wounded more people than at the OK Corral––for the climax?

Two guys named Billy Bailey and Mike McCloskey started the whole mess. Ten days later, a young, sickly fellow by the name of James Riley was the last person to be involved. He was on McCloskey’s side. He killed someone, someone on Bailey’s side, and then disappeared from the face of the earth. Nothing was ever heard about him again.

I began to weave a story about a spoiled, immature rich girl from Missouri coming to a newly established, wild Kansas railroad town to tutor the children of Santa Fe Railroad executives. And since I love romantic triangles, she met two very different men, eventually falling for one who would get in the way of a stray bullet from the beginnings of the gunfights. Throw in a contentious town political election, and let the gunfights begin.

For most of those, I read, there were two reasons a young woman launched out on her own, and she was forced to: 1) her father died, 2) her father was a jerk, and she had to escape a horrible arranged marriage. I wanted her circumstances to be different. I’ve probably read 150 historical romances in the last three years. Therefore, her loving father “requires” her to work for a year before marriage, to teach her fiscal responsibility and hopefully, develop some maturity. 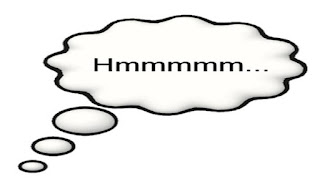 Many other story ideas come to mind. How can I possibly write them all? They come to me in all kinds of ways. I’ll be watching a movie or something on television, and I’ll think, “Hmmm. That idea might have possibilities if I change this or that.” Or “I’ve not seen anything quite like that before. I like it. How could I use or change that and still be intriguing?”

Those little light bulb moments where we think “Aha!” is something we should pay attention to. We never know whether our next idea might just make a best seller. 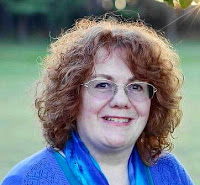 Donna L.H. Smith is a Kansas prairie girl transplanted to Lancaster County, PA, writing on and off for forty years, including broadcast journalism, newspapers and magazines, marketing and public relations. She writes historical romance and love stories and serves as the American Christian Fiction Writers (ACFW) Pennsylvania State Chapter President and Area Coordinator. Her novel, Meghan’s Choice was a semi-finalist in Operation 1st Novel 2015, and placed in two categories of the 2015 Blue Ridge Advanced Novelist Retreat. She speaks at writers’ conference workshops, and leads women’s retreats. Her website is http://donnalhsmith.com where she blogs about writing and other things. She’s also involved in Almost an Author as a monthly contributor with The Writer’s PenCase. She can be found on Facebook: and her author page, Twitter, and LinkedIN.