Benghazi –The Rest of The Story 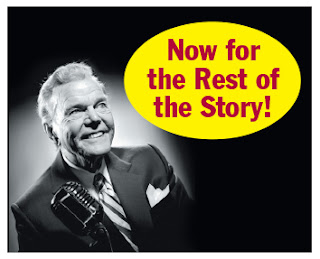 Paul Harvey passed away in 2009 but many of us can still hear that big booming voice telling us “The Rest of The Story”. Harvey was always interesting and informing. Harvey informed America and made us look into the mirror and see ourselves as a nation. Harvey spent 5 decades speaking to as many of 24 million people a week. He was recognized as a great American and received the Presidential Medal of Freedom in 2005. A great man and a great career we could all learn from. What would Paul Harvey say about Benghazi?

Having worked in government in a position that was watched over by the media from the start of the day until days end, I know what the difference is between what went on and what was reported. I know that each evening I could watch the local news and wonder how they came up with the story that was reported. I always thought of Harvey and wanted to tell the public what the rest of the story was. The same has been presented to us about the tragedy in Benghazi. All we have seen is the finger pointing and have yet to hear the actual events of the attack. Now we have an opportunity to do so from someone that was there on the ground.

Michael Zuckoff’s book 13 Hours, The Inside Account of What Really Happened in Benghazi, was written from the view of a 6 man security operation, made up of former Navy SEALS.  This security force was contracted to protect CIA workers nearby.  Although they were not ordered to go they took it on themselves to protect Americans. It sets the record straight on the events of that night of September 11, 2012. It is presented as the truth and not something shrouded in the mystery of governments reports and media spin.


When the movie, made by Michael Bay, 13 Hours: The Secret Soldiers of Benghazi, opened some complained that it did not address the political aftermath and what was done or not done to protect the compound. Zuckoff’s explanation was that was not in the scope of the film or book. “It’s what happened on the ground, on the rooftops, in the streets when these events came to pass and everybody who was involved…that became a bit of the mission statement.” 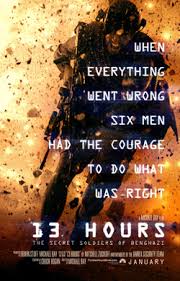 13 Hours is a good example of what a writer can do with a well-known topic. Zuckoff had the benefit of a story that was widely known and although controversial in the political world did have what is known a “good legs” to carry the book further than something connected with an unknown event. Veering away from the controversy, which opened the door to readers, and presenting a story of the tremendous self-sacrifice by a few extraordinary men when there was no help coming was brilliant and needed to be told. They did not arrive at the consulate in time. They then returned to another siege at their compound which many of us were not aware of. There they lost their leader in that fight.

Telling “The Rest of The Story” may be something you would want to do. You may know a behind the scenes story connected with a well-known one. Tell us that story. It worked for Paul Harvey for 5 decades. Maybe we too can make a career of telling "The Rest of The Story".

Email ThisBlogThis!Share to TwitterShare to FacebookShare to Pinterest
Labels: 13 Hours, 13 Hours: The Secret Soldiers of Benghazi, Benghazi –The Rest of The Story, Doyne Phillips, Michael Bay, Michael Zuckoff, Paul Harvey, The Inside Account of What Really Happened in Benghazi