From Fact to Fiction 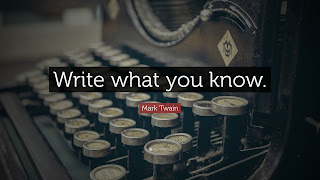 We all write what we know…whether through research or real experiences.  The rub is to know how to turn your real experiences into a work of fiction, but to keep the essence of real events.  The old saying, “names have been changed to protect the innocent” speaks to the frequency in which real events are fictionalized.

I began writing my debut novel, Fate Ball, as therapy to help get through a very difficult relationship and ultimate breakup during my college days.  I went to a therapist for the first time in my life shortly after this breakup and was instructed to write down my feelings to get the emotions out.  I kept a small journal and when emotions ran high I jotted down a line or two describing what I felt or what I was doing…i.e. sobbing, angry, missing a touch/feel/smell, etc. So, what began as a way to process real raw emotions later was the nucleus for this work of fiction.

Turning my real experiences into fiction was a matter of changing locations, names, time of events and knowing where I should embellish the truth and what real life details to leave out of the story.  An innocuous verbal spat between bar patrons in real life may be embellished into an all-out fist fight with a knife drawn from a boot.  A simple flirtatious interaction in real life may be embellished into a torrid love affair between married friends.  Also, I had to create wholly new scenes and characters and integrate them all to create a work of fiction.  Real life scenes that may reveal too much to those in the know may need to be left out and replaced with a similar feel, but different facts and players.

There are a handful of scenes that came from my real life experiences, but they were embellished enough to be unrecognizable to anyone other than possibly an immediate player of the real events.  Other scenes were based on me attending AA and NA meetings, where the real experiences of others who told their stories were made part of Ava’s (the female lead) alcohol and drug history.  These real experiences and emotions really gave Fate Ball substance. I am hearing in the wonderful early reviews that this “real emotion” is what readers love about Fate Ball and its characters.

Of course, most of Fate Ball came from my pure imagination as these characters moved along through their lives, intertwining from time to time.  That was the most fun for me as a writer.

A reader recently asked me if the girl who Ava is based on would know she was the inspiration for the book if my name were not on the cover and my photo was not on the jacket.  After a brief moment of reflection, I said, “No, I think she may find some scenes familiar, but nothing more than that.”  If you can answer the same after turning fact into fiction in your writings then you have accomplished your goal.
______________________________________________________________________
Adam W. Jones’ debut novel Fate Ball was published by Wisdom House Books and released in April 2016.  To date, it has been a FINALIST in the National Indie Excellence Award and was named to the DEEP SOUTH Summer Reading List as a best in new fiction.  For more information go to www.adamwjones.com  or www.wisdomhousebooks.com