Writing Prompts You Can Use Today 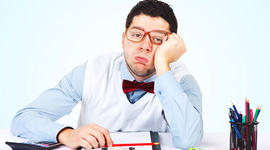 I'll admit it.  Every once in a while I get stuck for a story idea, and when I'm desperate enough, I resort to googling "writing prompts".  Inevitably it's a dead end because "Write about your favorite Christmas memory" or "What's your biggest pet peeve" isn't what I have in mind.

When talking to writers, I'm always curious to learn whether they like to listen to music while they work, or whether they prefer to have it as quiet as possible. Being aurally oriented myself, I enjoy knowing that many authors listen to music that fits the mood of whatever they're writing.  A website like AccuRadio can provide a running backdrop of soundtracks ranging from romance to horror.

That atmospheric approach provides effective support when you already know what to write. But have you ever considered turning to music as a way of inspiring an idea?  Songs are just one of several readily-available story starters that are easily overlooked.

SONG TITLES
A good song title can make a good writing prompt.  For example, don't each of these classic phrases conjure something you could build a scenario around?
If you're worried about stealing an existing song title, even other songwriters are prone to borrow a good idea for themselves.  Over the years, each of these song titles have been used ten times or more for very different radio hits:
Song titles can't be copyrighted any more than novel titles can.  Even a more involved title like "Have I Told You Lately That I Love You" has been used two separate times, in hits for Gene Autry and Rod Stewart.  Steal away.

STORY SONGS
Country music in particular has provided a wealth of songs that tell a story.  Premises like these could be given different titles, different characters, and adapted into entirely new tales:
BTW all of the above became critically panned movies or TV shows.  I'm sure you can do better.

CLICHES
A popular phrase has the bonus of familiarity to add immediate appeal.  The writers of these songs can attest to that:
RANDOM SENTENCES FROM NOVELS
Here are a few phrases I grabbed just now from the middle of three old books in my office.  I'll wager any of these would be the nucleus of a decent story idea:

"It soon became clear, first to his family, then to the village, that he had changed."

"He told his secretary that he was in the States on a special assignment. She was a bit hurt by his secrecy, but thought nothing more of it."

"He was overcome with emotion, with dreams of her in their younger days, the youthful beauty that he had taken for granted and had been lucky enough to find again."

FIRST LINE PROMPTS
Lastly, there are several websites that generate random first lines. The following are courtesy of http://writingexercises.co.uk/firstlinegenerator.php  Could you do something with these opening lines? 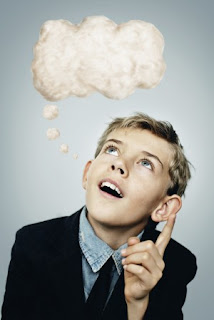 "He'd had a bad day and just needed something to make him feel better."

"The horse came back alone."

"The whole family had been cursed since..."

FINAL THOUGHTS
Writing prompts aren't just useful for creating story ideas; they can also come in handy in the middle of a novel when things need to take an unexpected turn.

I hope one or more of these tips come in handy for your next story.  Speaking of which, you still have time to enter your latest masterpiece in Southern Writers' 2016 Short Story Fiction Contest (the deadline is June 30; get details here).  Have fun and good luck!