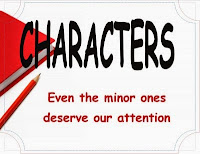 I enjoy writing side-characters as much as main characters. They can flesh out the story and make it interesting, alter the path of a protagonist, or stop the actions of an antagonist. There are no “throwaways” in my novels. Each side-character has a back-story, motivation and voice of their own.

I try to write them as quirky and as interesting as possible. However, when Struck was released, I never expected that my readers would fall in love with, not one, but two of my side-characters.

Struck is about a young woman who is struck by lightning. Soon after, she’s repeatedly visited by a stranger offering her a gift to stay the hands to death. The novel is focused upon Gwynneth, the unfortunate protagonist. Poppy is one of the side-characters. She’s a smart and sassy mortician who can speak to the dead. Dante, her co-worker, is a moody funeral director who’d prefer not to speak to anyone. They made the perfect pair. When Struck was released, I thought that was it—Poppy and Dante’s story was done. They had fulfilled their rolls as side-characters.

But Poppy was not to be forgotten, and Dante was right along with her.

“I loved Poppy! Are you going to do a spin-off?”
“Dante is so sexy. Can you write a book about him?”
“Are you doing a sequel to Struck? Poppy was my favorite character, can you include her?”

The requests went on and on. Who knew a mortician and a funeral director would get so much love? I usually don’t write sequels or spin-offs, but I had no choice but to give their story a try. After spending a day writing, I concluded that yes, Poppy had a story to tell. 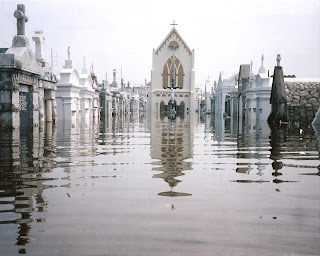 It takes me a year to write a novel and this one was no exception. But it was beyond difficult. Poppy is a mortician, and with that came a ton of research. I researched mortician job duties, I researched the chemicals and machines they used, I read mortician blogs (yes, they exist), and I interviewed a local mortician about what it was like to work at a funeral home. I even watched YouTube videos on embalming procedures (I don’t recommend watching those, they’re quite graphic). I came face-to-face with my mortality, and I have to say, it was quite depressing. There were times I had to set my writing research aside in order to breathe. The story and characters weren’t depressing, but the research was kicking my butt. Oddly, Poppy is one of the most upbeat characters I’ve ever written—even in the face of peril. Like many morticians, she views her job as “the last help” she can offer the newly departed. Kudos to her, and kudos to the profession. I couldn’t do it. 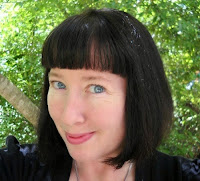 Clarissa Johal is the bestselling author of paranormal novels, THE ISLAND, POPPY, VOICES, STRUCK and BETWEEN. When she’s not listening to the ghosts in her head, she’s dancing, taking pictures of gargoyles, or swinging from a trapeze. She shares her life with her husband, two daughters, and every stray animal that darkens their doorstep. Find Clarissa Online: Author Website Blog   Facebook  YouTube  Twitter  Goodreads  Amazon Author Page   Pinterest