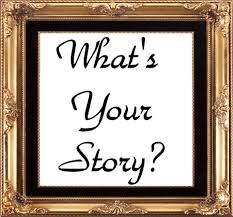 Writing Memoir is high on my list of Top Ten Ways to Torture Yourself. But if you are compelled, as I was, to tell your story, don’t say I didn’t warn you. My memoir, RUNNING ON RED DOG ROAD and Other Perilsof an Appalachian Childhood, was recently published by Zondervan.

It was a story I needed to tell.

Born and raised in Appalachia in the forties, I was the child of a coal miner killed in the mines, a Rosie the Riveter mother, and devout Pentecostal grandparents.
Writing about these people and this time and place was the hardest thing I’ve ever done. It took me six years to complete the book, and for several of those years I wrote nothing at all, blindsided by memories that struck me dumb. Although I come from stoic stock and never cried, I could not write a page without a meltdown.

It was embarrassing. But I could not stop.

I was emotionally spiritually physically wrung out and hung up to dry.

Then, as often happens, fate intervened. A friend, struggling to complete her second novel, asked if I’d join her for morning writing sessions—the misery loves company thing. We’d log on at 7:00 AM and write for two hours. It was spring, and we were to finish by the end of the year. I rolled my eyes at her over the phone, but I agreed. Every morning I’d head to my office, settle in, and begin to write. It was awkward at first, and painful too. When there were tears, and there often were, I wrote through them. I kept at it—morning after morning became week after week then month after month. By the end of the year my friend finished her novel and, despite my eye-rolling, I finished my memoir. 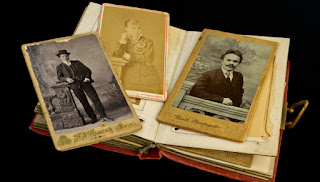 I grew up in a remarkable multi-generational family in East Beckley, West Virginia, with gypsies, hobos, moonshiners, faith healers, and other quirky kith and kin dropping in to play character roles in my life story. It was an idyllic life, with some sad chapters, sure, but many more happy ones. Why then, if it was so wonderful, did this writing leave me drained? It was an enigma—until I realized that all the kin I wrote about are dead, except for me. Writing as child narrator, I got to know them on a whole new level—a strangely deeper and more mature one. I had not cried at their funerals, but I cried over them now. I’d had to resurrect them, live with them, and bury them again in order to tell their stories.

And yes, it was the hardest thing I’d ever done. 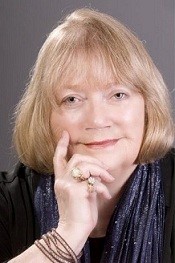 Drema Hall Berkheimer was born in a coal camp in Penman, West Virginia, the child of a coal miner who was killed in the mines, a Rosie the Riveter mother, and devout grandparents. Her tales of growing up in the company of gypsies, moonshiners, snake handlers, hobos, and faith healers, are published in numerous online and print journals. Excerpts from her memoir, RUNNING ON RED DOG ROAD and Other Perils of an AppalachianChildhood, won first place Nonfiction and First Honorable Mention Nonfiction in the 2010 West Virginia Writers competition. She is a member of West Virginia Writers, Salon Quatre, and The Writer’s Garret. Berkheimer will be on the panel with Homer Hickam at his Writer’s Workshop in Beckley WV in October. She lives in downtown Dallas with her husband and a neurotic cat. The cat takes after her. Her husband is mostly normal. Drema Hall Berkheimer’s books are Running on Red Dog Road And Other Perils of AnAppalachian Childhood. You can connect with Drema at  dremagirl@aol.com, dremahallberkheimer.com
http://www.dremahallberkheimer.com/im-just-sayin/, https://www.facebook.com/drema.berkheimer