A great wine is always noted by its year of production, the year the grapes were grown. Certain years tend to produce certain great wines. Usually it is a particular wine based on its location of the vineyard. With many wines a “good year” is a damp early growing season and a drought near harvest. The drought near harvest tends to stress or direct the plant away from leaf production and toward fruit production. It is a survival mode for the plant.

The vineyard owners of Switzerland near Lake Geneva and France in the Southern Rhone Valley have kept records of these production years for the last 400 plus years. They have known the “good years” since 1600. They have known that earlier seasons have produced the better wines. The early seasons were caused by the higher temperatures and drought at the end of the growing season.

Someone once said that science is man’s explanation of God’s creation. Thus we have the University of Harvard and NASA coming to explain what has occurred with the wine making in recent years. A biologist from Harvard has stated that 1980 was the tipping point for wine production, especially the Bordeaux. There have been so many great Bordeaux years in the last 20 to 30 years and it is believed it was due to temperatures. A 2.7 degree increase during the growing seasons have given the effect of a desirable growing season and early harvest, as early as 10 days in 2003. Global warming was declared to be the reason. According to their 430 years of records and research their conclusion was: “Having experienced a small portion of the warming we have created and will see in the next 50 to 80 years, and that will have radical consequences for wine regions.” 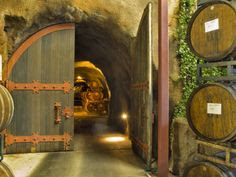 That is a lot of research! Necessary or not it may or may not help the vineyard owners. The same can be said for writers when doing research. It can be a lot or a little. It may help or it may not. It may give you a direction or may confuse you and the reader. As a writer you may not have the patience to do such an intensive amount of research. As a writer you must decide how much research you need to get the point over to the readers and once that is satisfied enough is enough.

Most of us are fortunate to have the necessary resources close at hand. Look it over. Pick and choose what you need. Sometimes research opens doors that lead to more research which is not necessary, so go only as far as you think you need.

Some years ago a writer shared his thoughts on researching material for his books. He said he goes to the children’s section in his local library and looks for books on the topic he is interested in. He gets what he needs there and it is the basics presented in a simple to read and understand format. You may want to try this yourself and see. After all, the local library is more within our reach than Harvard and NASA.