Voice is the Thing 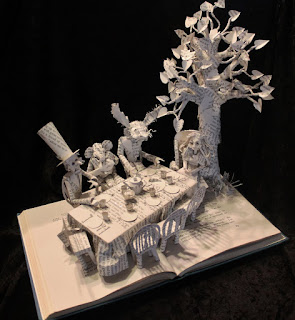 Characters’ voices must resonate, cling, stick to the cerebral cortex, nag and satisfy. Holden, Blanche, Huck, Rabbit, Scarlett, Dorothy from Kansas—they all haunt private corners of readers’ minds once they have spoken. The reader invents the voices of characters in books purely from his or her own imagination. Who has not experienced a strange dissonance between the voice in our imagination and the one we hear on the big screen? No wonder there was such a furor over the search for Scarlett O’Hara. The images and voices that rose from the pages of Margaret Mitchell’s book could not be imitated on screen by just any actress. The face, the voice must be just right. In the end, Vivian Leigh, despite not being a “true southern vixen,” managed to capture in tone and delivery the Scarlett O’Hara in the minds of thousands of readers. Scarlett’s voice will always be that of Vivian Leigh.

In my own writing, I sometimes find myself sliding back into a character whose story I’ve already told—at least in part. Case in point: In 2005, I wrote a short story, “Sister-Woman,” which appeared in Concho River Review and later in my collection, Plantatia: High-toned andLowdown Stories of the South. I was amazed at the reaction of readers and reviewers. They consistently target Miss Raylene’s voice—at once unique and compelling—and how it drew them into the story, leaving them invested and eager to know more about her. I felt compelled to explore her story a bit further—through her own voice. The result is a new novella, From Tickfaw to Shongaloo (2015), which was awarded Second Place in the 2014 William Faulkner-William Wisdom Novella competition and released last month by Southeast Missouri State University Press.

Whether or not the voice of Holden Caulfield or Blanche DuBois is eternal is ultimately dependent upon the readers. Those voices must meet certain thresholds. Can we hear them clearly, effortlessly? Is there a match between character and voice? Does the writer capture their essence, their souls? And finally—employing John Dufresne’s literary measure—can we trust the voices (narrators)? 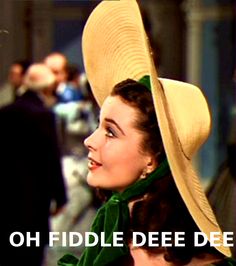 One final consideration: What sparks a memory from a favorite book or movie? I suggest that voice is the organizing center around which the reader or viewer is able to reconstruct entire dialogues, events, actions, and even the inner thoughts of the characters at play. It isn’t just memorable lines from prose that leave such indelible imprints, but the voices that utter them. We invent the voices in our own minds as we read a story, and the voices become real and permanent. Our attitudes may change toward the characters over time, but the voices remain constant, each one unique. The producers of Gone with the Wind knew this when they began their national search for Scarlett O’Hara. The search was about much more than just a pretty face—voice was the thing.

Dixon Hearne is the author of four books of fiction and editor of several anthologies. His work has been twice nominated for the Pushcart Prize and the Hemingway/PEN award and has received numerous other honors. His new novella, From Tickfaw to Shongaloo,was the sole Runner-Up in the 2014 Faulkner-Wisdom Novella Competition. Other work has appeared in Oxford American, Tulane Review, Collier's magazine, New Orleans Review, Southern Writers Magazine, and elsewhere. He can be found at http://www.dixonhearne.com/