Rooted as a Southern Writer 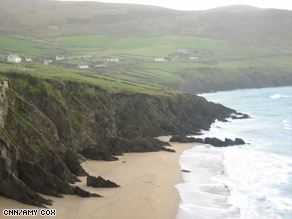 Recently I was called a “Southern writer,” which tickled me silly because my latest novel takes place on the western coast of Ireland, and as I’ve spent the last year mentally, emotionally, spiritually, and creatively enmeshed in the magical land of my forebears, I had to take a step back and think about this classification.

I will say this: as a Southerner, I’m a dead giveaway. I speak in the regionally specific, rolling tones of what’s known as the Delta accent. All my childhood friends do, because the Delta accent is passed down generationally along with the family china; it’s a tribal source of identification, lyrically revelatory of one’s place in the world. And a Southerner is definitely tethered to a place in the world, and there are many Southern loyalists who stand fiercely beside them no matter the change of venue or the passage of years.

The fact is I grew up along the bluffs of the Mississippi River, in a town so peacock proud of its place that it gave itself the moniker “The River City” and fashioned a bridge to stretch across that legendary watercourse in the shape of the letter “M” as if staking claim of ownership in skywriting. Memphis is a city with every right to be proud of its legendary artists, yet it is its artists that extol their affiliation with the historic city. I am not perplexed by this; I think I know exactly why.

If you come from Memphis, you’re a thread in a particular fabric, and its people will never let you go. You could move to Mongolia and put down roots, but no Memphian would ever take it seriously. I happen to know this without question: although I am now long in California, I am still in the flow of a rhythm gifted to me at birth. When something of significance happens in Memphis, I am connected to a grapevine that makes its vibrant livewire straight to me. In a land where you’re indelibly one of us, what happens to one affects us all, world without end, amen. 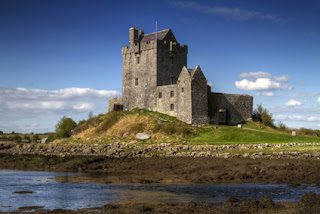 But it’s not any different in Ireland. After spending a year there followed by subsequent visits, I started to feel I was Irish myself. I grew compatible with the region and comfortable with the Irish culture—so much so that there’s a part of me cordoned away that sees the world through Irish eyes.

Claire Fullerton is the author of “Dancing to an Irish Reel” (Literary Fiction) and “A Portal in Time,” (Paranormal Mystery), both from Vinspire Publishing.  She is an award winning essayist, a contributor to magazines, a five time contributor to the “Chicken Soup for the Soul” book series, and a former newspaper columnist. Claire grew up in Memphis, TN and now lives in Malibu, CA with her husband, two German shepherds and one black cat. Currently, she is writing her third novel, about a Southern family. She has appeared recently on Author Visits blog hosted by Susan Reichert editor-in-chief of Southern Writers Magazine. She can be found on social media at https://www.facebook.com/clairefullertonauthor?ref=hl  and http://www.clairefullerton.com/