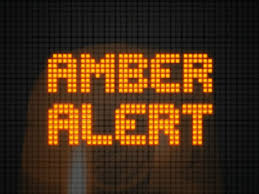 I’ve always been distressed and fascinated when I hear an Amber Alert. How does a family deal with a missing family member? Having two children of my own, I can’t imagine the pain and heartbreak a family goes through when someone they love goes missing.

The deep empathy I feel for the mothers and fathers of the missing children prompted me to write Taken Away. But I wanted to write it from the father’s point of view. How would a dad deal with a missing child? The main focus when a child is abducted or goes missing seems to be on the mother. Granted, I understand that reasoning. In our traditional society, the mother is still the center of the family’s universe, whether she works inside or outside the home, or both. A mother is more than marginally responsible for the emotional and physical well-being of the kids.

I wrote about Jessee Bradford’s emotional upheaval after he comes home to find his wife and daughter gone. From the moment he realizes they’re not home, where they normally would be in the afternoon, to his admission that they really aren’t coming back, Jessee’s feelings run the gamut from denial to acceptance and then to change.

I also made Jessee a veterinarian. Being a card-holding member of the Humane Society of the United States, I believe in the HSUS’s work for all animals, not just dogs and cats, but pigs, horses, cows and more. Therefore, I created a figure I admire - Jessee Bradford - whose career has tremendous meaning for him. He’s also a family-oriented guy who always planned on marrying and having children. So when he loses the two most important people in his life, it is truly devastating.

Who does he turn to in his time of distress and need? His gramma and grampa with whom he spent time with when he was younger. When he takes over his grampa’s veterinary practice in Iowa and moves in with his grandparents, his love of family grows even stronger.

I continue the animal theme when Jessee meets Laura - a horse trainer and equestrian. Though Jessee treats small animals in his practice, Laura brings an added dimension to Jessee’s life with her love of large animals, expanding Jessee’s comfort zone in the equine arena. Like Jessee, she’s dealing with a past that haunts her. Laura and Jessee have both been broken by their experiences with their spouses, which bonds them in a unique way. They’re both “dealing” at the time they meet. 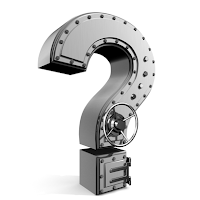 All intriguing questions. All highly individual. There’s no right or wrong answer. Everyone would react differently. 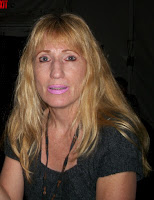 I was born and raised in the San Francisco Bay Area. After graduating high school, I went to St. Mary's College near my hometown of Alameda, spent my junior year at the University of Madrid, travelled through Eastern Europe and transferred to U.C. Santa Barbara where I got my B.A. in Spanish. I received my Master's degree in Education from Oregon State University and continued from there to work as a financial aid counselor at U.C. San Francisco. I lived in Santa Barbara for eight years then returned to the Bay Area where I met my husband and now have two children - 21 and 16, two chocolate labs and a terrier mix, along with my black Friesian horse who lives in the Oakland hills.  I began writing in 2009 and since then I have written five books. My first book, Moon Over Alcatraz, was published in 2012 and Taken Away came out in June 2015. I got the inspiration for this novel from Amber Alerts. I always wanted to write about how parents deal with a missing child. I wrote this book in the father's point of view, from the moment he finds his wife and toddler missing, through his journey to discover what happened to them. My social media connections are; Website: http://www.patriciayagerdelagrange.com Blog:  http://www.patriciayagerdelagrange.com/?page_id=68 FB:https://www.facebook.com/patricia.delagrange Google+:  https://plus.google.com/u/0/107552088746459764032/about Goodreads:  https://www.goodreads.com/book/show/25508282-taken-away?from_search=true&search_version=service_impr Twitter: https://twitter.com/@PattiYager