What Color is the Dress and Your Book Cover 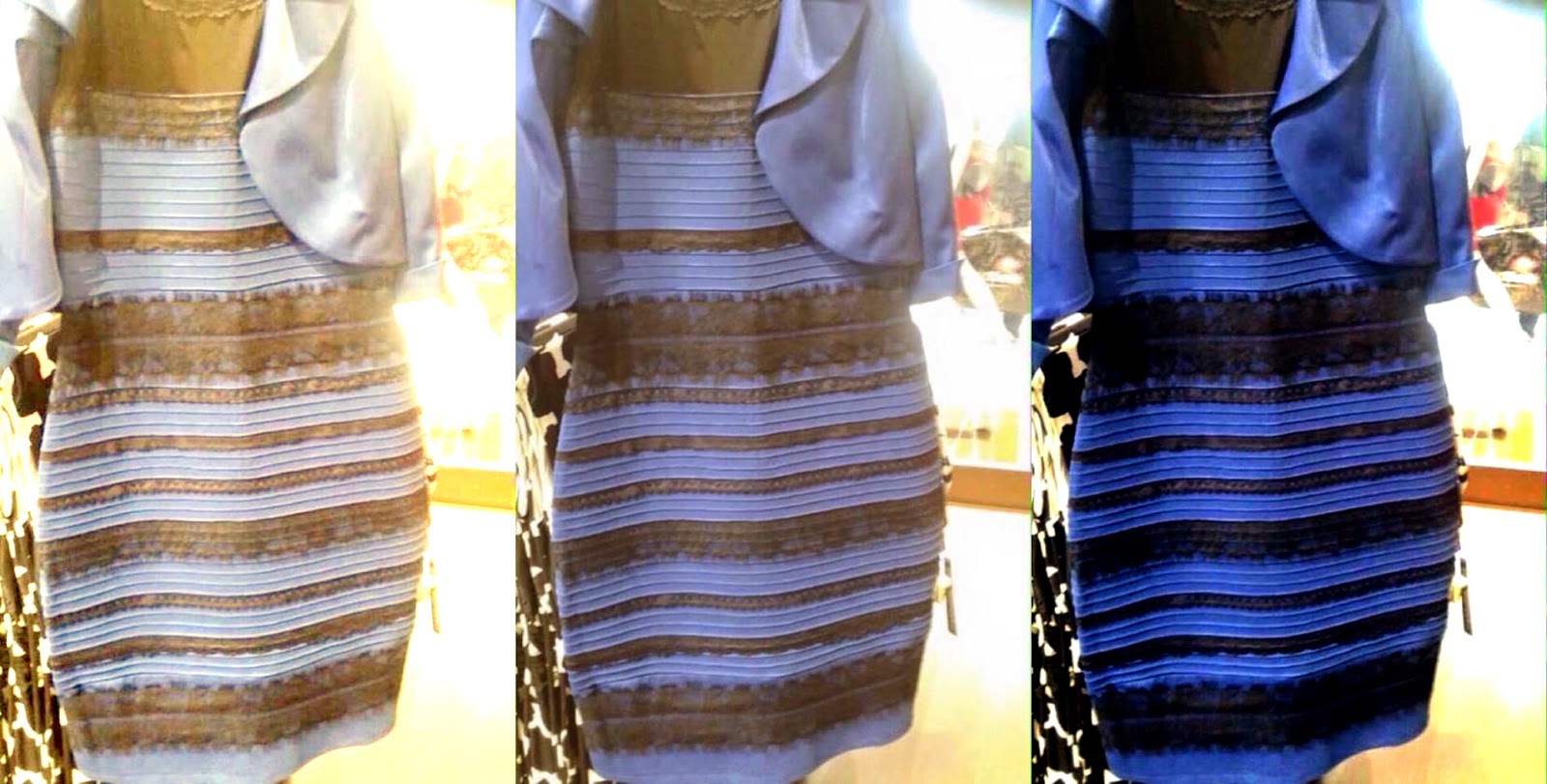 Last week, Buzz-feed's website crashed after one woman posted a simple question: "What color is this dress?" Her boyfriend saw one color combination, and she saw another. Her question literally went viral around the world a couple of times.

Heads of state weighed in on the dress color. Congress members tweeted their responses now referred to as "dress gate," since they were unable to focus on the serious matters before Congress. The dress made the national and worldwide news. Debates ensued, dividing people's opinion on every social media outlet. It was soon being discussed everywhere.

Scientific explanation surfaces as to why some see colors differently, aligning it to "right brain thinking" or "left brain thinking" or how our brains interpret the light coming into our brains. Turns out we all see the same thing, but our tricky minds "read" the information in different...well, "light." All puns intended. Ophthalmologists suggested help in finding new vision treatments so people could see the different color combinations.

Then human nature struck, and people were over it. Who cares if you see white and gold or black and blue? "The dress" had become annoying and passé in less than 72 hours. People on social media were saying forget "the dress." Give us back the llamas that were running loose and had to be lassoed cowboy style in Sun City, Arizona. It was the lead story just days before "the dress" made the llamas story passe'.

What does this have to do with writing? Can you imagine if you created a book cover that swept through the world via all various media outlets going viral like "the $77 dress?" A book cover that created such a buzz that people bought your book for the cover.

The trick is to lasso people's attention so they will actually buy your book and read your carefully crafted words. Create a book cover that will cause people to talk about your book cover like "the dress." Can you imagine if heads of state and Congress members were tweeting about your book?

The goal is to capture a reader's attention to pick up your book or click on that ebook and buy your book. You certainly don't want your book to become passé in 72 hours. After all, cover art is how we interpret the data we see just like the colors of "the dress." It has to go a step further. It has to make you want to buy the book and create a tribe of readers. Have you created a "the dress" phenomenon type cover for your book?

Email ThisBlogThis!Share to TwitterShare to FacebookShare to Pinterest
Labels: Annette Cole Mastron, AZ, black and blue, Congress tweet about the dress, gold and white, llamas on the run in Sun City, the dress, What Color is the Dress and Your Book Cover