Yesterday I found myself in the famous Schwab's Drug Store in Memphis, where you can buy anything from forgotten brands of candy to good luck mojo bags.  The latter promise success in a variety of forms, via bags labeled "Health", "Love", "Travel" and the like.  I looked for one labeled "Coming Up with Ideas to Write About", but they must have been sold out of that one. 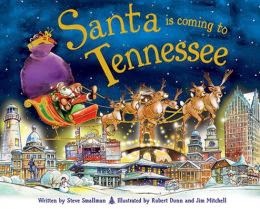 In any event, what did catch my writer's eye in a different section of the store was a book called Santa is Coming to Tennessee.  After asking myself what month this was, I settled into the fact that holiday books for sale in March were no more out of place in this eclectic store than their Fortune Telling Fish.

Picking up this children's title, I acknowledged what a clever idea it was to narrow down Santa's journey into a more personalized one just for children in Tennessee.  I considered that if they were really smart, they'd do similar books for every state in the union.

With that in mind, I looked inside to see how specific or generic the book was in terms of its adaptability.  When I saw that most of the text was universal, and how few times a Tennessee landmark had to be mentioned to give it the proper Volunteer State feel, I realized that Steve Smallman and Robert Dunn had indeed crafted a book where only minor customization would be needed to publish Santa is Coming to Florida, Santa is Coming to Hawaii, etc. An online search on my smartphone confirmed that they indeed did just that.

From an early age, we value a book that speaks to us personally.  What child wouldn't be drawn to a story set right where they live, as if it were written just for them?

A few minutes later, while driving past the monorail leading to Mud Island, I was reminded of its significant appearance in The Firm, and how big a role the South plays in every John Grisham story. If there were any more Memphis flavor in The Firm, it would need BBQ sauce. 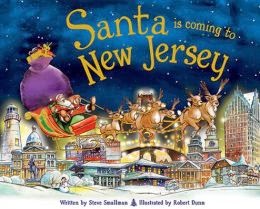 No matter what our age, readers have extra appreciation for a book whose setting fits the story. C. Hope Clark's Murder on Edisto and Sandra Balzo's Main Street Mysteries are solid examples of strong locales that complement and enhance the plot.

Whether you choose a real-life location for your story or you create an original backdrop of your own, let the setting be more than a mere afterthought.  Giving your characters a memorable place to be and a good reason to be there improves your chances of bringing it on home.