Thinking of Indie (Independent) Publishing? A New Resource for Authors

When I decided to indie (independently) publish my first historical novel, God's Daughter, in 2013, I knew there was a steep learning curve ahead of me. I can't tell you how much information I crammed into my head in the space of the half-year I spent gearing up for my debut release. I followed blogs like The Creative Penn, worked on platform building, and searched for endorsers for my book.

But the learning wasn't complete when I successfully published—not by a long shot. After publication, I had to reconfigure my blog to highlight my product. I had to find reviewers for my book. Most importantly, I had to market.

2014 was a busy year for me as an indie author. I published three more books (one of those my great aunt’s memoir). I worked with my narrator, Becky Doughty, to produce an audiobook version of God's Daughter (more here in my earlier Suite T guest post).

In the meantime, so many authors approached me with questions on indie publishing: traditionally published authors, new authors, and various levels in-between. I enjoyed sharing with them, but my time was increasingly taxed as I wrote, edited, and produced my own books. I am also very active in a 650+-member Christian indie author group on Facebook.

At the suggestion of several author friends, I decided to publish an easy-to-understand guidebook that would walk authors through the four key elements of indie book production: (1) editing, (2) creating cover art and blurbs, (3) formatting and uploading books, and (4) marketing. This handbook is titled Indie Publishing Handbook: Four Key Elements for the Self-Publisher.

I was thrilled when many author friends agreed to share quotes for a special last chapter that would bring added value to readers—tips from seasoned indie authors. I know I have learned so much from those who have gone before and hope to bring some of those tips to just-starting-out indie publishers.
I'm so pleased with reviews that are coming in, such as these:

"You won’t be disappointed with Indie Publishing Handbook, and will refer to it time and again as you begin your writing and publishing venture.” Review by Author Robin E. Mason

"This little handbook is packed with information and won't go out-of-date. “ Review by author Valerie Comer. 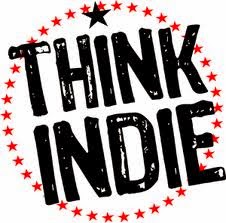 "If you're a writer debating between pursuing traditional publishing or going indie, this little handbook tells you what you need to know about being your own publisher. You won't be overwhelmed, because Heather sticks to the basics and keeps it simple and concise." Review by Barbara Hartzler

I have always wanted to mentor others, just as other authors have mentored me in this writing journey. I sometimes think God allowed me to indie publish "at such a time as this" so I could encourage other authors that independent publishing is a wonderful option authors have now. It is a way to get stories that don't quite fit the mold out to hungry readers.

HEATHER DAY GILBERT has independently published four books. Her debut novel, God's Daughter, has remained on the Amazon Norse Bestseller list and Amazon Norse Top-Ranked list for over one year. Her contemporary mystery, Miranda Warning, is the successful start to the Murder in the Mountains series. Her Indie Publishing Handbook: Four Key Elements for the Self-Publisher is available on Amazon. You can find Heather at her author website, heatherdaygilbert.com, or on Facebook here. She is also active on twitter here.